Matt Cameron has shared a fan made photo of Soundgarden on his Instagram storyy that says ‘F*ck You’ with middle fingers and says ‘Don’t Mess With Soundgarden.’ This is seemingly in response to Vicky Cornell’s lawsuit over an alleged Soundgarden buyout offer. It also says ‘#IStandWithSoundgarden.”

Vicky Cornell’s lawsuit claimed that Matt Cameron and Ben Shepherd aren’t ‘original members’ of Soundgarden, despite the fact that they played on all of the band’s hits.

“On December 29, 2020, Defendants summarily rejected Vicky’s twelve-million dollar offer, noting that the Surviving Band Members have no interest in selling their interests in the Soundgarden Partnership ‘because these interests represent their creative life’s-work’ — a statement that both overreaches (because neither Cameron nor Shepherd were original members of Soundgarden) and overlooks (because the vast majority of the band’s works — over 73% — were authored by Chris and because Chris’ interest in the Soundgarden Partnership also represents Chris’ ‘creative life’s work’).

“The Surviving Band Members’ rejection of an offer of seven million dollars for each of their individual interests underscores the unreasonableness of Defendants’ insulting offer for Chris’ interests in the Soundgarden Partnership.” 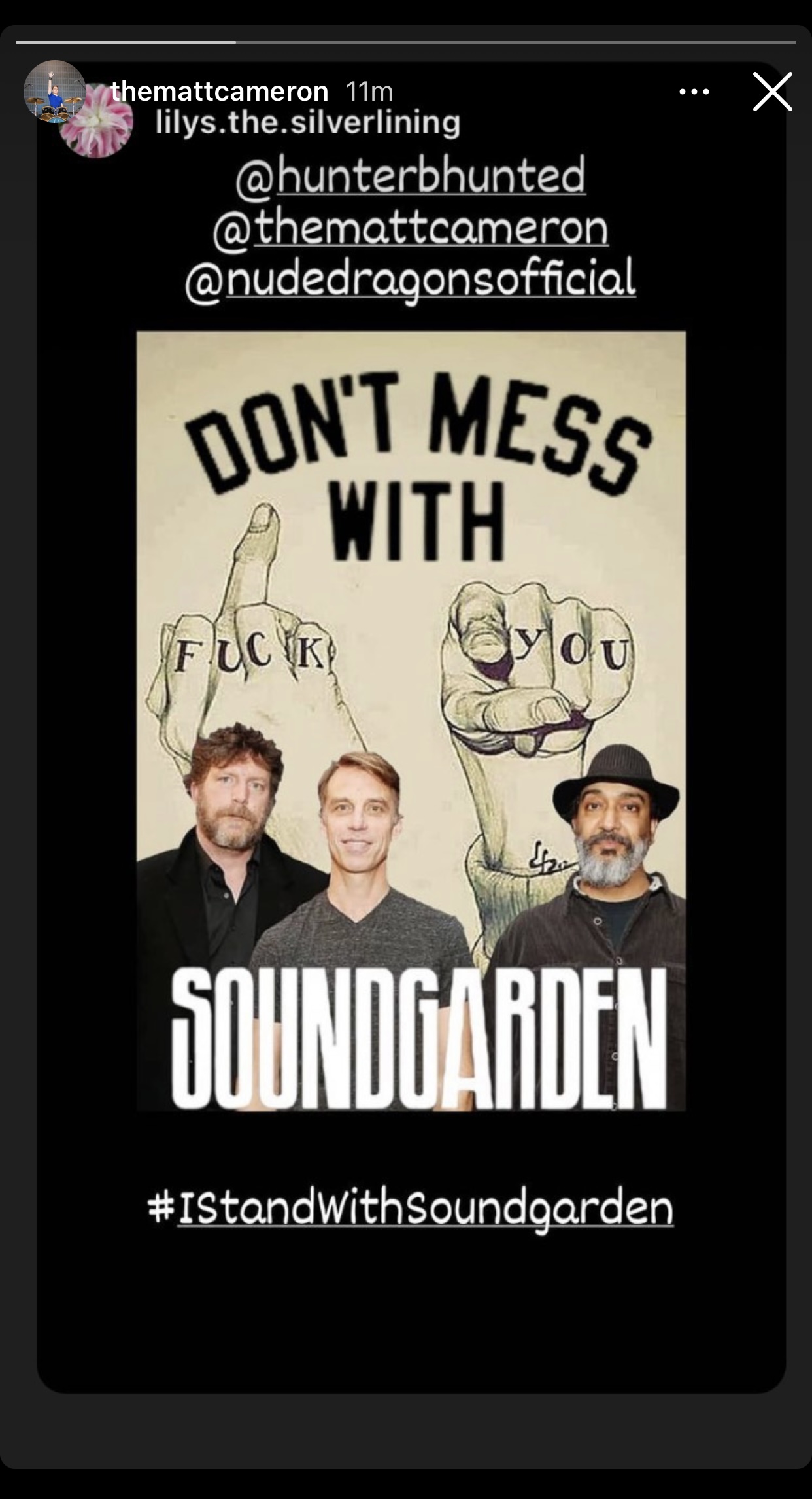