He said, “I think with any instruction I’ve had from writers, prose, poetry, just artists in general, painters, sculptors, wine makers, a lot of it is get out of the way, but also create from where you are or what you have. I feel like this record is kind of a reflection of that, trying to chronicle where are we, where am I, because a lot of these stories, they’re not coming from the other three guys, they’re coming from me, so that’s my one job is to tell stories from my perspective, try to incorporate other characters into that as best I can.”

A Tool member revealed who threw mud at a big name at a Nine Inch Nails festival recently. Adam Jones recently said about working on ‘Terminator 2’ and other films.

“Well, whatever they needed me to do, I could do mechanics, I could make molds, I could run a polyphone, I could paint, I could apply makeups, you know, and I could sculpt. It was great, just being that guy they could go, ‘Oh, we need you to move over here.’ Also, I had the attitude between messing around… I was very serious, but not attached. I call it, ‘dedicated, but not attached.’ They’ll ask me to do something in three days and you go, ‘Oh, okay, that’s not enough time but I’ll do it.’

You do it in three days, they come up and go, ‘Oh, this kind of sucks.’ I’m, like, ‘What, you wanted it done in three days?’… they’re, like, ‘Okay, spend another day on it.’ That’s what I’m saying, it’s a commodity. I was really good at, and I really enjoyed that, and then at some point, when we got signed as a band, and we laughed so hard when we got our first record offer, because we were just, like, ‘What?’

We thought record people – really a lot of time don’t have a pulse. Some of them do have a pulse on what’s happening, but most of them don’t. It’s just this business thing, it’s a lot of old guys with ponytails. I think it went up to seven or nine offers, because kind of the few of the major record labels approached someone, like, ‘They know something we don’t know.’ So that’s when we started taking it seriously, like ‘Okay, well, let’s try this.'”

“And he’s probably a good kid. It’s the crap that surrounds him. He was never armed with the tools to handle it. And the people surrounding him are monsters. He’s living in an ocean of … Am I allowed to swear on this show? Okay, never mind. I was going to say … but I’m not sure I’m allowed to. So he’s, God bless him, he’s a product of those things that we’ve spoken about numerous times on every project I’ve ever done.” A new Tool music video was revealed last week. 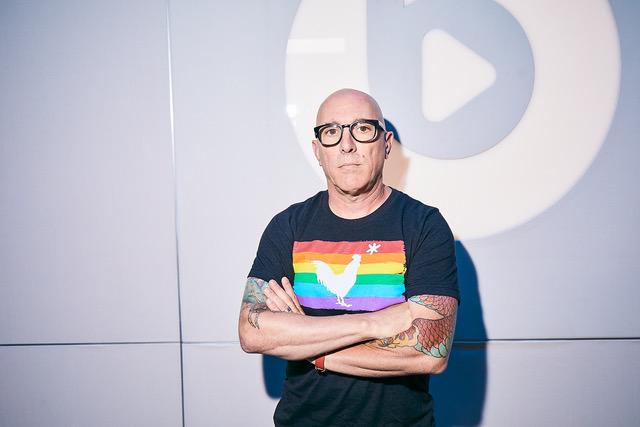