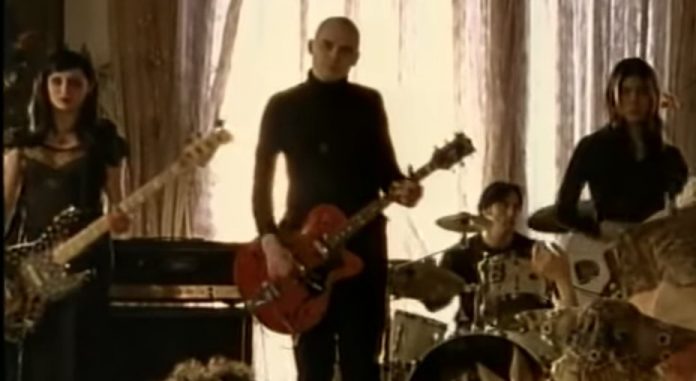 Smashing Pumpkins drummer Jimmy Chamberlin recently discussed drug use in the band in the 90’s in a new Upset Magazine interview.

“The very things we were challenged for were what people were most afraid of,” says Chamberlin.

“We knew what people were saying about us, but we just didn’t give a fuck.” Instead, Corgan took all that criticism head-on. “We had people constantly telling us, ‘don’t be so loud, don’t be so weird and don’t piss off the journalists’, but we really didn’t care. There’s something magical about not caring if the world blows up.”

“I remember playing a festival in 92, and there were 40,000 people moshing. There was this eruption of energy that’s almost indescribable. It was this ecstatic – ‘thank god somebody understands that there’s more to life than this world I’m being presented’. Once you get a sense of that, you feel like you can go all the way with it. Typical megalomania, we felt like we could take over the world.”

“We were out of our minds. There were drugs, egos, misinformation and that era of the record business certainly didn’t help anybody,” says Chamberlin, who was kicked out the band in 1996 in a bid to break an addiction to heroin. “There wasn’t any emotional management going on. We were just left to our own devices to either deal with it, get lucky or do something destructive. Unfortunately, there was a lot of destruction going on.”

Jhonn0 recently ranted about how The Smashing Pumpkins are addressed in the media on Reddit: I’m a little tired of this as well… it’s accurate, of course, but it feels like they have to stick it right up top in the lead paragraph as an undercut. “Smashing Pumpkins — oh just so you know, it’s not like, really Smashing Pumpkins, just 3/4 of their lineup…” is the vibe it gives off.I just don’t see every other band that’s ever had a lineup change held to the same scrutiny. How often do articles about the Pixies qualify the band as 3/4 of its original lineup? Ironically, a band also missing its much-beloved bassist.

I’d say either stop mentioning it, or put it somewhere else within the story; it doesn’t belong in the lead anymore cuz it’s old news.

Pitchfork being Pitchfork, every time they run a Smashing Pumpkins news item, the “related story” they link to is always, “5 Times Billy Corgan Said Reunions Were Bullshit.” So, he’s never off the hook.