Steven Wilson is one of the most respected names in prog rock today. Most known for his solo work, his work in Porcupine tree and producing many albums most notably Opeth’s Blackwater Park. I recently was able to speak with this legend on topics such as his upcoming album Too the Bone as well as his feelings about modern music.

How did the writing process for your latest album go?

olve and challenge myself to be different. In this case i’m finding inspiration in the music I grew up with. I would call these albums sophisticated pop records. Stuff like Kate Bush,Tears for Fears, Depeche Mode where it’s easy to digest but also not dumbed down. I feel that when pop is good pop it’s great.These records were very experimental but very popular and I want to use that style.

I did notice when listening to the single, “Permanating”, that it had a sorta Kate Bush, Tears for Fears kind of feel. I’m guessing you are going back to what got you into music.

Yes you can see it like that.I feel there is a certain approach that has been lost in songwriting mostly in rock music. I see this approach still seems to be around in hip-hop and R&B. I feel the rock and pop scenes have become too conservative. I miss these big epic records that were as experimental as anything but still very accessible with no sense of being dumbed down. We still have some acts doing this but nowhere near as much as we used to. That is the kind of tradition I want this record to come from. I chose this track to be a single to show the poppy side of my musical personality. I love classical pop like ABBA and the Beach Boys so I feel like it’s an obvious single. Whether it will be played on the radio or not who knows? The climate has changed for what is considered pop.

What bands do you feel are doing this today?

Stuff like Radiohead and Arcade Fire and these guys aren’t even new artists. Both band’s are accessible but explore the possibilities of music. The real innovations are coming from artists like Kendrick Lamar who exists more in the hip hop scene.

Are you familiar with Chelsea Wolfe and Zola Jesus? They make very melodic yet experimental music. I feel like if these artists came out in the 80s they would be much bigger.

Yes I agree. The indie scene is full of female singers who are holding the torch of Kate Bush. Sadly they are more indie but things are way different in 2017 then they were in 1987. 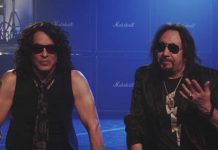 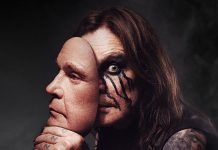 Ozzy Osbourne Unloads On Threat To Child In Video 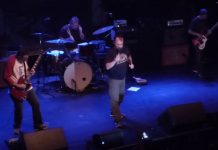