A photo of Chris Cornell and Eddie Vedder meeting backstage at their final show together in Temple of the Dog at the Bridge School Benefit in October 2014 in Mountain View, California has surfaced. This is the last known photo of Vedder and Cornell alone together, as Vedder did not perform with Temple of the Dog in 2016.

When Cornell died in May 2017, Vedder did not attend the funeral, but he paid tribute to his late friend multiple times on his summer 2017 solo tour, and in early 2018 on Pearl Jam’s South American tour as well. 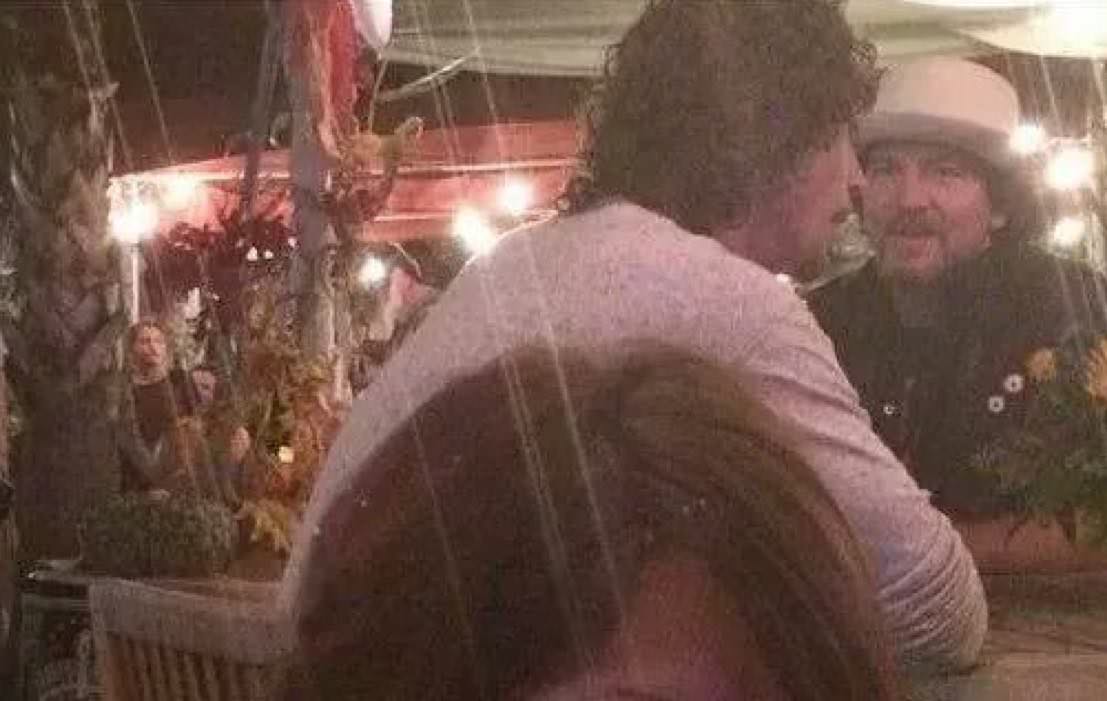 Eddie Vedder discussed Chris Cornell’s death for the first time at a solo show in June 2017.

“Sometimes it’s hard to concentrate these days. I was thinking about the history of this building and the Bowie history. So I started to think about that and my mind began to wander. It’s not a good…

So I haven’t really been talking about some things and I kind of… now it feels like it’s conspicuous because I lost a really close friend of mine, somebody who…(applause)

I’ll say this too, I grew up as 4 boys, 4 brothers and I lost my brother 2 years ago tragically like that in an accident and after that and losing a few other people, I’m not good at it, meaning I’m not…I have not been willing to accept the reality and that’s just how I’m dealing with it (applause starts).

These things take time and I just want to send this out to everyone who was affected by it and they all back home and here appreciate it so deeply the support and the good thoughts of a man who was a … you know he wasn’t just a friend he was someone I looked up to like my older brother.

About two days after the news, I think it was the second night we were sleeping in this little cabin near the water, a place he would’ve loved. And all these memories started coming in about 1:30am like woke me up. Like big memories, memories I would think about all the time. Like the memories were big muscles.

And then I couldn’t stop the memories. And trying to sleep it was like if the neighbours had the music playing and you couldn’t stop it. But then it was fine because then it got into little memories. It just kept going and going and going. And I realised how lucky I was to have hours worth of…you know if each of these memories was quick and I had hours of them. How fortunate was I?! And I didn’t want to be sad, wanted to be grateful not sad. I’m still thinking about those memories and I will live with those memories in my heart and I will…love him forever.”