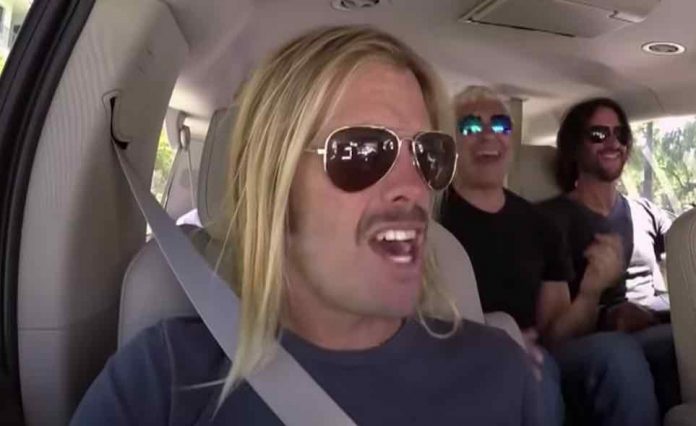 Foo Fighters drummer Taylor Hawkins recently passed away at the age of 50. He breathed his last breath at the Four Seasons Casa Medina hotel in Bogota, Colombia. Recently a story has surfaced on social media which will certainly make the fans feel good about Hawkins.

A generous act from Taylor Hawkins was revealed

One of the fans on Reddit recently shared a story of Foo Fighters’ Dave Grohl and late Taylor Hawkins. The fan revealed being the manager at Guitar Center and also shared an incident of Hawkins. He also revealed how the two members hung out at the store.

Here is what the fan said, which Tom Morello posted:

“I used to be a manager at a Guitar Center that was very close to the Foo’s rehearsal studio. Dave and Taylor would come in all the time,either to pick up random supplies or just to hang out.

Grohl was a big goof, we have him a name badge that said “David” and put him behind the counter to mess with people.

Taylor would slink off to the drum department and hang out with kids. Once I had to look up his account for some reason and noticed that he had thousands of dollars worth of charges for drum equipment, almost weekly. But I had never seen him leave with anything that major, so I went to my boss to raise concerns about potential fraud.

He told me that the guy basically never came in without buying something for a kid. What a class act.”