Stuart Hallerman shared the following photo after Chris Cornell’s funeral with the caption: “We’re all living on “silver linings” today, but they are abundant.”

Hallerman responded to a comment from former Screaming Trees drummer Mark Pickerel, “Your name came up, Matt was reminiscing about their first trip to Ellensburg, a show with you and the Trees. Car problems! VW bus with no clutch cable made it home over the pass after…”

Ex-Pearl Jam drummer Dave Abbruzzese commented, “Absolutely fantastic!! Thank you for posting this photo! Great great great to see you all together!”

Ben Shepherd was not featured in the photo, and the only photograph that appeared to surface of him at the funeral was a picture of him next to Filter frontman Richard Patrick. 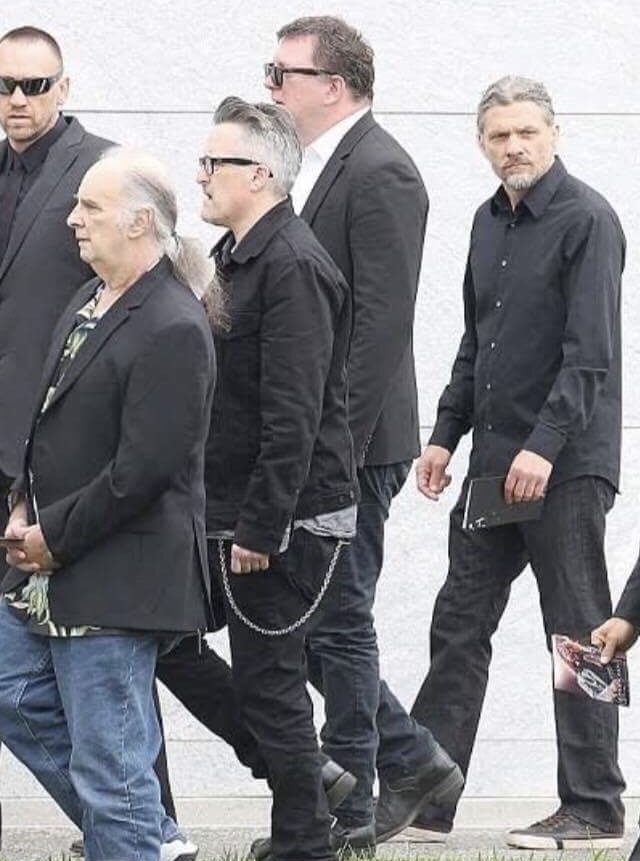