You can check out the screengrab of her post below: 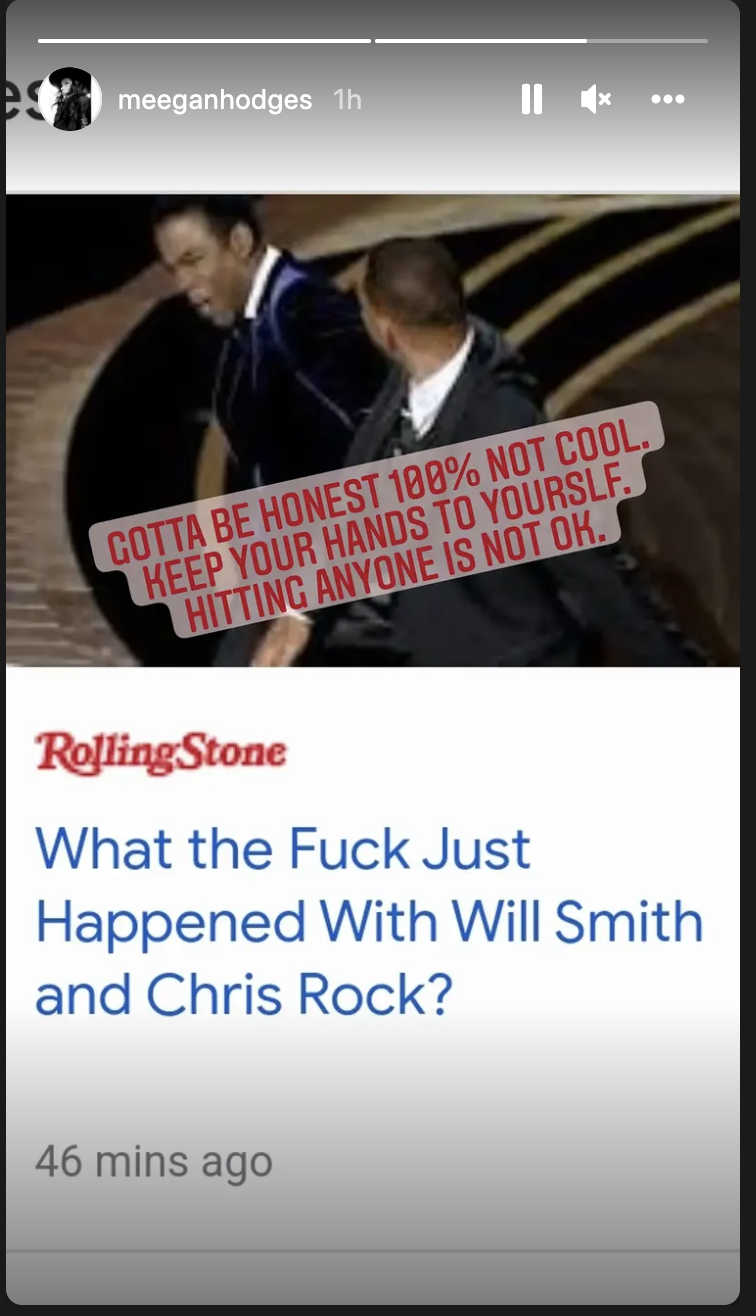 Will Smith slapped Chris at Oscars

It was noted that Will Smith was seemingly enraged as he stormed the stage at the 94th Academy Awards. stage. He smacked comedian Chris Rock across the face. It was noted that Smith was furious as Rock was joking about his wife. In a moment at Sunday’s gala that immediately went viral and left stunned viewers questioning if it had been scripted or genuine.

Rock, presenting the best documentary prize with a short comedy routine, had cracked a joke comparing Jada Pinkett Smith’s tightly cropped hair to Demi Moore’s appearance in the film “G.I. Jane” and suggesting she appear in a sequel.

In a moment that triggered awkward silence and confusion in the Dolby Theatre, Smith stepped up to Rock and slapped him, before returning to his seat alongside Jada and shouting swearwords.

“Keep my wife’s name out of your f*****g mouth,” yelled Smith, forcing the producers to bleep out several seconds of audio from the televised broadcast in the United States.

For those unaware, Jada Pinkett Smith, who is also an actress, suffers from alopecia and publicly revealed her diagnosis in 2018. It was also noted by The Hollywood Reporter’s Scott Feinberg, in attendance that a tearful Smith needed to be “pulled aside and comforted” by Denzel Washington and Tyler Perry during a commercial break.