Tool have released a new $30.00 t-shirt featuring their canceled 2020 North American tour dates. Tool were able to play the first two shows listed on the shirt, on March 9th in Spokane and March 11th in Portland.

After that the pandemic led to all concerts being canceled, and Tool have not played live since then, while Maynard James Keenan is focusing on Puscifer’s new album Existential Reckoning. Maynard James Keenan recently revealed that he contracted COVID-19 in early 2020 while touring with Tool in Australia, and that he is still feeling lingering symptoms months later.

Madyteel posted, “Aaaaahhhhhhhhh. . .I want the badass blue design with either all of the tour dates or the cancelled Oklahoma!!! 😩😫 I would 110% buy it right now if it wasn’t for the cancelled idaho show!

Velvetskyy responded, “YESS I’ve been kicking my own ass for not buying the long sleeve last year in Cincinnati and was hoping to buy one in STL before COVID ruined it all. Pulled the order trigger way fast – happy holidays to meeee.”

JawsThemeSwimming added, “Already sold out of the one I wanted. I bet people just bought them all up regardless if they were going to attend that show or not. Shame.”

A few months ago Tool indicated that they will not reschedule their 2020 concerts for 2021, which means the tour for their latest album Fear Inoculum will have been cut short. 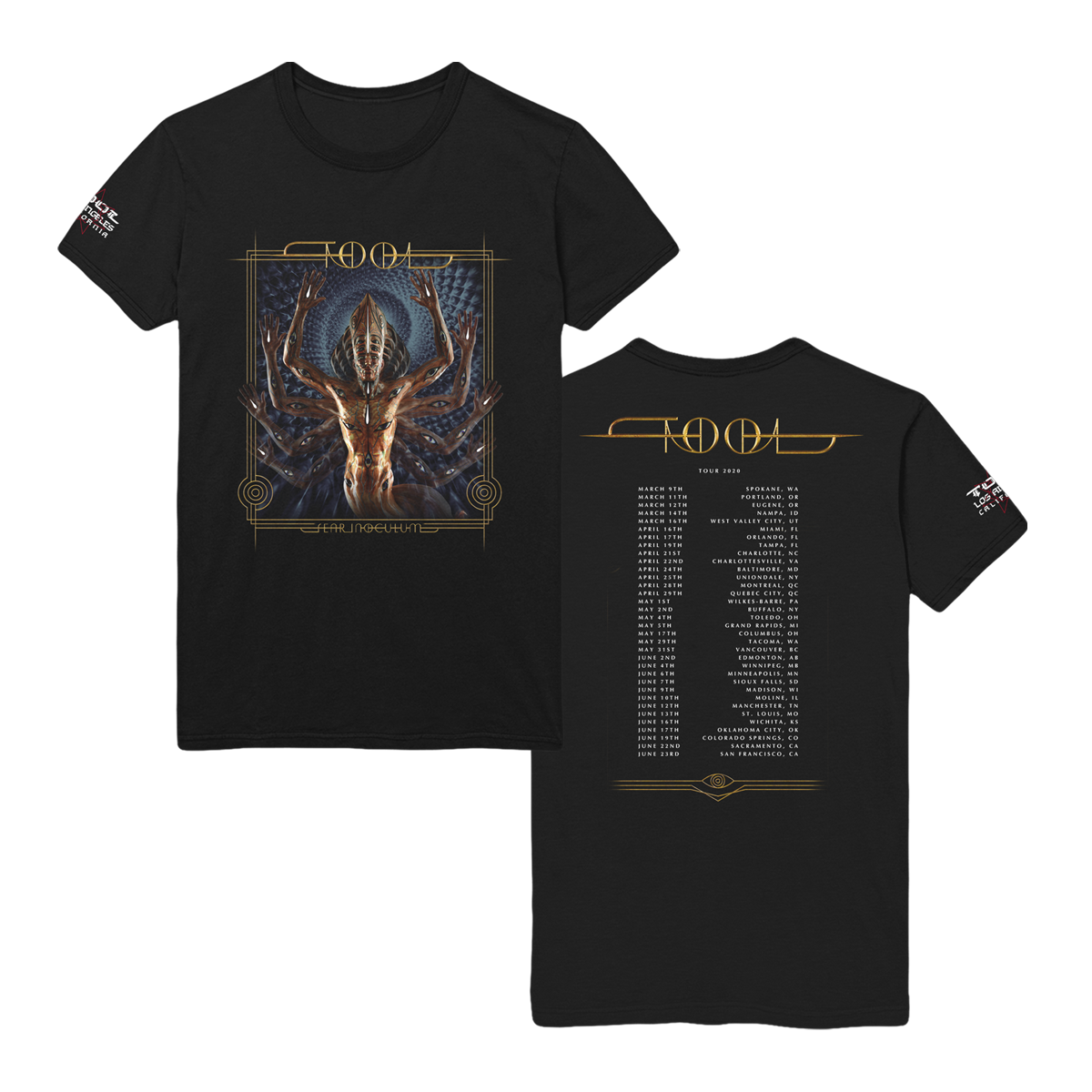