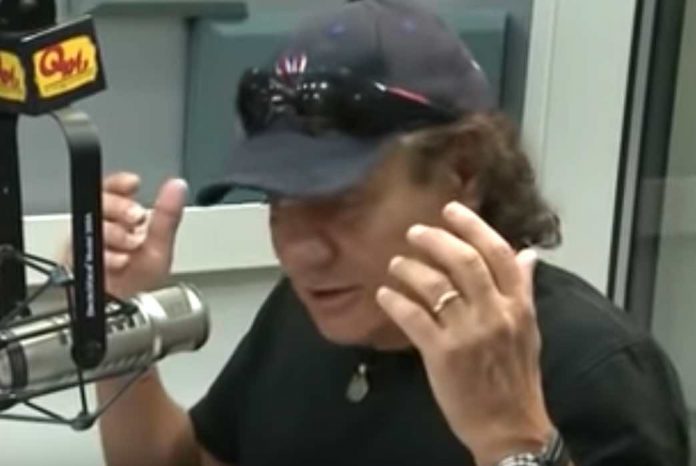 Brian Johnson was extremely excited within the last few months as he felt like music was calling to him again. Brian said his return to a major stage for the Taylor Hawkins tribute show in London left him “jumping for joy.”

Sadly, he’d been forced to bow out of AC/DC’s world tour in 2016 after his hearing issues became so bad that he faced complete deafness if he continued to perform due to the loud shows night after night with the legendary group.

Since then, Brian has been working with many great scientists, one being Stephen Ambrose, on a new approach to deafness technology, which offered him the chance to play live again via breakthrough technology. Brian has made a handful of appearances in recent years, but the Wembley show on Sept. 3 was by far the biggest.

In a recent interview with Spin, Johnson recalled his last few shows with AC/DC. He said: “I don’t think they could tell. But I was talking to [sound tech] Pab asking, ‘Am I in tune? Am I in key?’ It was horrible. … I wasn’t enjoying it because I like to sing and to jump up and down and have a fun time, and here I was desperately using muscle memory with my mouth and neck to get through a song. This couldn’t go on. It was absolute agony.”

Brian knew that things had to change, and quickly at that to ensure that everything went as planned.

Johnson had no hearing in his left ear and about 40% remaining in his right, and in his worst moments, the band’s instruments sounded “just monotone.” “And the horrible thing about it is there’s no blood, there’s no visible sign,” he explained. “You’re just deaf. You suddenly realize when it involves your job you’re pretty much fucked and there’s not much you can do.” He described the five-year process of Ambrose’s technology as a challenging period. “But never give up!” he asserted. “And [then] I walked onstage at Wembley in front of 100,000 people with Dave Grohl and the Foo Fighters.

Finally, Johnson tried his hand at a return, and suggested Paul McCartney gets help dealing with hearing problems: “There I was, [facing] a real audience. Stephen Ambrose was there, Pab … was there, who does me, and Paul McCartney – we’re the only two he does. I said, ‘Well, it’s shit or bust. If these [hearing aids] don’t work in front of the world and all the music world … .’ I walked out there, the roof lifted up off Wembley and I sang my little heart out. I did two songs and the place went absolutely crackers. I think I floated off. It was absolutely wonderful. So we knew it worked. We were absolutely jumping for joy at the side of the stage. It was something special.”