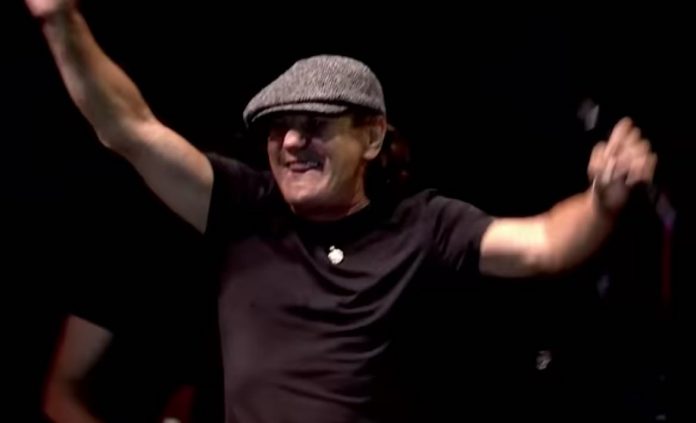 Former AC/DC lead singer Brian Johnson recently had a conversation with former Queen vocalist, Paul Rodgers on Sky Arts’ A Life On The Road. Rodgers was the touring vocalist of Queen from 2004-2009. Here, Johnson discusses with Rodgers what it was like taking on role from the ever-popular and incomparable Freddie Mercury. AlternativeNation transcribed Johnson and Fleetwood’s comments.

Johnson: It takes a man with big cojones to turn to Queen and say: “Yeah, I’ll take it on, come on bring it on.” How did that feel? Was it tough or did you just have a ball and just say: “I’m not gonna do what Freddie [Mercury] did?”

Rodgers: Well it was all of the above but we had a ball as well. You know and going into it I had read an interview that you had done actually, when you had first joined AC/DC.

Rodgers: You said you were very nervous the first show.

Johnson: Yes I was.

Rodgers: Malcolm [Young] had said to you: “Look, just go on there and be yourself.”

Rodgers: I read that and I thought: “That’s so wise that’s the best advice anybody ever gave anybody.” I took that to heart actually when I did the Queen thing because that’s the only thing I could do – was be myself. I wasn’t gonna try and be Freddie.