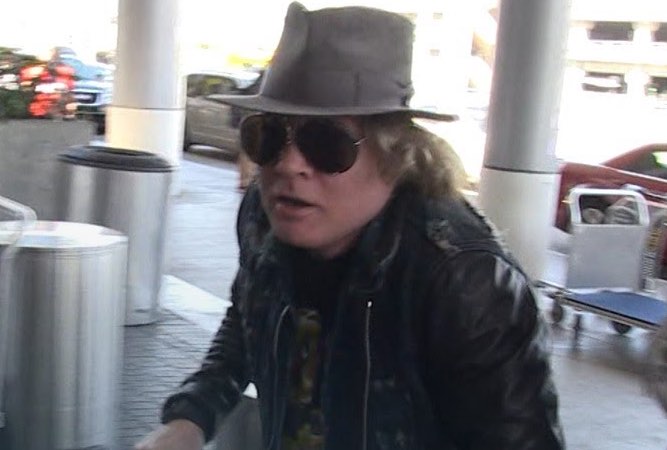 Guns N’ Roses fan recently suffered an injury after the band frontman tossed the microphone into the crowd in the final seconds of their “Paradise City” performance. It was reported this gesture injured the fan, albeit unintentionally, at the Adelaide Oval in Adelaide, Australia.

It has been noted that a similar incident allegedly occurred amid the band’s 2013 live show in Perth, Australia, causing damage to the man’s front teeth with a mic tossed into the audience.

Identified as Rebeca Howe, the woman told Adelaide Advertiser that she was struck at the climax of “Paradise City,” the final song of the band’s 29-song set:

“I was in Diamond Standing, so it wasn’t even right at the front, and it was the very last song, (take me down to the) ‘Paradise City,’

“He took a bow and then he launched the microphone out to the crowd … and then bang, right on the bridge of my nose.”

It seems that Howe wasn’t even able to recover the microphone, as another fan picked it up and held it triumphantly towards the band, which can be seen in the following video obtained by the Advertiser.

Meanwhile, the band member Axl Rose recently expressed his displeasure over people flying drones at Guns N’ Roses shows. The Guns N’ Roses frontman took to his Twitter to blast the “drone pirates” who have been playing with their “toys” during the latest Australian leg of the GN’R tour.

After Rose and his bandmates played the 27,500-capacity Metricon Stadium on the Gold Coast in Queensland last night (Thursday, November 24), he wrote: “Had a few drones this leg. Last night (Gold Coast Australia) was probably the most intrusive. Was a bit of a distraction as obviously someone thought it was just ok to be doing that but also it coming that close in front of the stage and then actually over n’ on stage.

“According to the police it happens more often than not lately especially with sporting events. It’s not something we’re all that used to. A lot of impulse reactions went thru everyone’s minds that after thinking about it (which when ur live there’s really no time to really sort things out like that) didn’t make much sense.

“People were pissed. However much fun anyone’s having ur still trying to stay focused n’ do ur job n’ give the fans the best show u can. Anyway_ we get it can b ‘fun’ to get ur drone bootleg vid but we’d appreciate it if anyone planning to b a drone pirate took the fans n’ the band into consideration n’ played w/ur toys somewhere else. Big thank you in advance!”