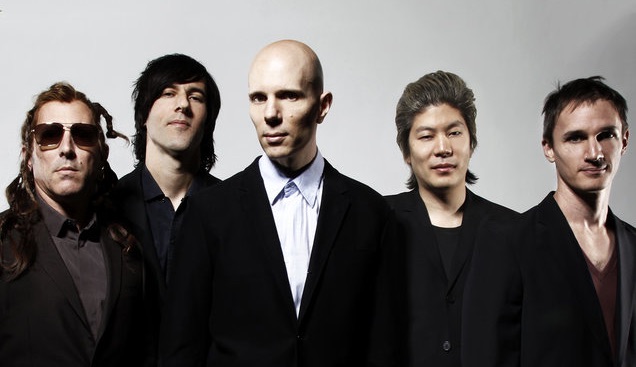 How often are YOU on your smartphone on a daily basis? Seeing what’s happening in a tiny screen in front of us often takes precedence of what’s happening in real life. Walk down the street at any given time and count the amount of people that are starring at their phones instead of what’s in-front of them. The latest trend among rock bands is to ban cellphone use during concerts to promote engagement. They’ve gone to great links to make this happen using technology such as cellphone pouches that will hold your phone for the entire show and unlock as you’re walking out the door. This is all an attempt to empower people to live in the present.

One of the first bands to take this stance is A Perfect Circle. Billy Howerdel talked about why they decided to ban cellphone use on the DOMKcast “I’ve gone to plays where if you take out your phone, you’ll get booted. Why should it be any different at a rock show. We want you to be present.”. Billy uses the analogy of “campfire conversations” as being one of the best things about the concert experience growing up. The aftermath where you needed a little time to digest what you witnessed. He says this “You need a moment to reflect on the concert. Wouldn’t you rather do that with someone else and not your crappy iPhone 4s video?”

Studies have shown that you can get addicted to cellphone use. Certain aspects of the phone such as “likes on a social media post”, “click-bate”, and other things can release dopamine to the brain which leaves you wanting more. A vicious cycle that never ends. Crispin Earl of Canadian band The Veer Union wrote a song about how much smartphones have consumed our lives called “Living Not Alive” and says this on the matter “It’s funny because some people are more interested in conveying something about their life on social media than living that moment in their life. To me, I just feel like we’re all becoming so connected to technology but we’re human and it’s about trying to grasp humanity..” Living in the present is a definite skill that can be revisited.

Imagine talking about that amazingly captivating concert from the night before with your friends and acquaintances instead re-living it in that grainy video with distorted audio. Don’t worry, those were “sympathy” likes on social media anyways. Painting the picture with your words instead of justifying the horrible concert footage with “you just had to be there”. Novel concept right?