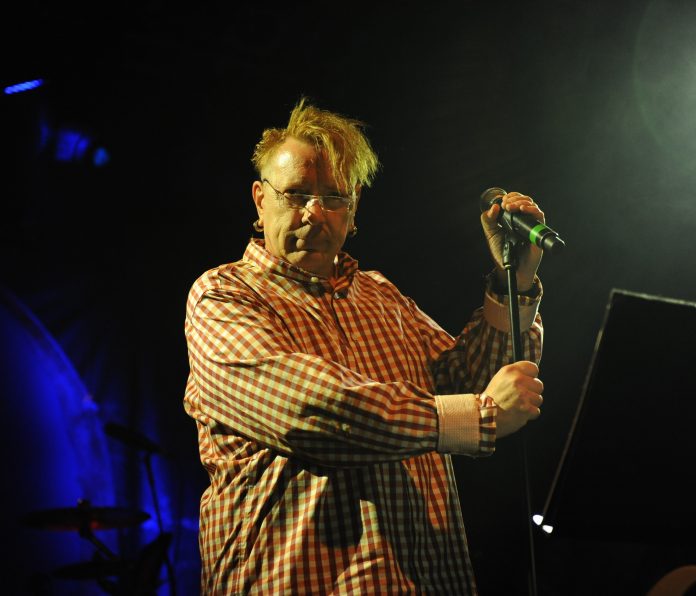 How much fun was that? Camden Rocks 2018 was a sell out and the streets of Camden- music’s spiritual home in the heart of London was filled with fans wanting to catch their favorite band perform. If you don’t already know Camden Rocks is a unique festival that takes place in 20 different venues dotted about Camden featuring over 200 bands all day long. And the news that broke after the festival is that next year it will be a double helping with the festival taking place over a weekend that could well feature 500 bands! Watch this space.

With so many great acts to see one is always spoilt for choice and the beauty of it is that the venues are all in spitting distance of one another. Before starting off this review of the festival a lot of love has to be shown to Camden Rocks founder Chris McCormack who not only resides in Camden but also plays with The Professionals. He and his team have built up this festival from scratch and it’s been amazing to see it grow each year.

We start the day off at the Electric Ballroom for a band called Sleep Token, what catches your attention is that each member wears masks, the new Slipknot? Well Sleep Token didn’t come through on their promise judging by the band name and were a terrific start to the day. Moody tunes some lasting well over 10 minutes gave way to crunching guitars, they had the neat ability to leave us wanting more. Scottish band The LaFontaines were just what the doctor ordered and created, even in the early afternoon, a party atmosphere at the Koko club. The band’s huge energy was infectious and a great crowd of at least a thousand turned up to see them. At one point the band requested that everyone sit down which they did, and it underlined that the foursome had the London crowd in the palm of their hands, certainly a band to watch out for. A lot of noise has been coming out of the London club scene about a band called Bexatron and I have been fortunate to see them a couple of times, and they never let down. Playing in The Good Mixer pub which was Amy Winehouse’s local place to drink the band are raw and sound terrific even if the electric goes after the first few seconds. To their credit the band just get on with it and the sound is thankfully returned. Bexatron are making real waves and lead singer Rebecca ‘Bexx’ was born to sing. They are tight and in your face and you can only believe that they have a bright future ahead of them.

It was interesting to see the age group for Echobelly, 1990’s indie sensations and the thought was doesn’t 20 years fly by so quickly? Their show was like a time travel reward and lead singer Sonya Maden’s voice is as strong as ever, it’s also interesting to note that she doesn’t seem to have aged either. The band fly through their hits including ‘Car Fiction’ and ‘Great Things’ and you are reminded just how good Echobelly were and are. But it’s not all nostalgia and their new stuff sounds just as good as their 90’s hits. Echobelly on a blistering hot day leave you feeling great. The Professionals played here last year to great reviews and they were welcomed once again at the Electric Ballroom. Promoting last years album release What in the World. Led by the energy of Tom Spencer on vocals and guitar The Professionals are wake you up material that has the whole of the Ballroom jumping within moments of them appearing on stage. Paul Cook is on drums and it’s great to see the band cover The Sex Pistols. British Sea Power like Echobelly have been a staple band on the UK touring circuit for two decades and you are reminded just how underrated this band are. Playing at the legendary Dingwalls venue the place is packed and the show gets bizarre when two huge bears appear to dance the night away with the crowd, it was impossible not to laugh and feel a little sorry for whoever was inside, they must have lost a few pounds in weight.

By the evening choices had to be made to see the headliners playing in different venues, and the choice for this review was to witness the one and only John Lydon aka Johnny Rotten perform with his band Public Image Limited in an absolutely packed Electric Ballroom. Lydon who now lives in Los Angeles will always have a special place in Londoners hearts and is a bona fide music legend. He appears with his band just after 9PM and what always strikes you when seeing him live is how down to earth he is. Lydon has always told it how he’s seen it and has many interactions with the crowd who are in awe of seeing his show live. The band kick off with ‘Warrior’ and include such greats as ‘Rise’, ‘This is Not A Love Song’ and ‘Public Image’. And the image of this Camden Rocks festival will be ingrained in the fans memories for some time, it was an unbelievably great rocking day in Camden Town. Roll on next year.