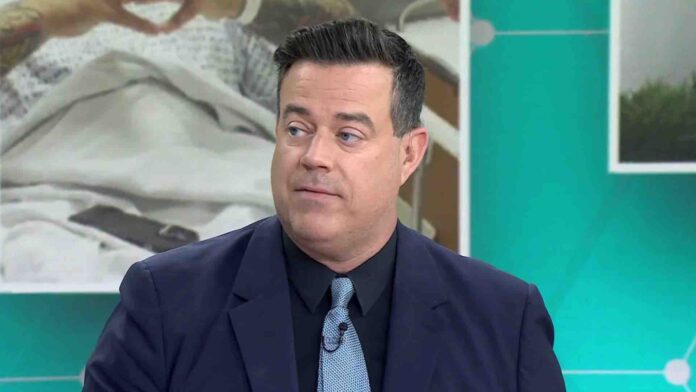 The Woodstock ’99 festival has been one of the most infamous events. Emotions were rising high, and incendiary performances by Limp Bizkit and Red Hot Chili Peppers paved the way for a wave of looting, vandalism, and violence.

Carson Daly says he thought he would die

The aftermath of the festival was one of controversy, with footage of fires, and reports of fights and sexual assault incidents staining the Woodstock name. Former MTV star Carson Daly was at the event to present TRL live, and he recalled what was like being in the middle of a raging Woodstock (via NME):

“All I can say is I thought I was going to die. It started off great, TRL live from the side of the main stage interviewing all the bands (like Jay from Jamiroquai) & then started getting pelted with bottles, rocks, lighters, all of it. It got insane, fast. Nightfall, Limp plays ‘Break Stuff’ & the prisoners were officially running the prison.”

“My boss MTV Dave says to our staff/crew backstage, ‘We can no longer guarantee your safety, it’s time to go!’ I remember being in a production van driving recklessly through corn fields to get to safety. It was so crazy & a blur now.”

“I just remember feeling like I was in another country during military conflict. I have so many fun memories from that era, this was not one of them. Needless to say, I haven’t taken the fam back to Rome, NY for a vacation.”

It has been recently noted that the controversial event was recently the subject of a 3-part Netflix series titled “Trainwreck: Woodstock ’99.”