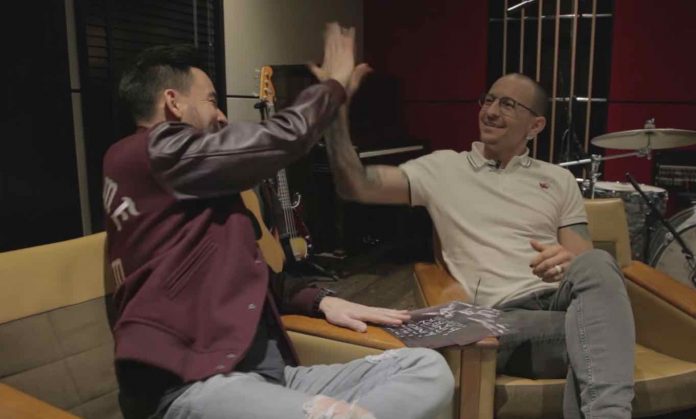 Late Linkin Park frontman Chester Bennington’s sister Tobi has resurfaced on Instagram following the deletion of her Twitter account last weekend after her criticism of Mike Shinoda. We originally reported that Tobi deleted her own account after it disappeared, but she has now clarified on Instagram that after unloading on Shinoda, her account was hacked and deleted. She said she was censored and stands by her words ‘100%.’

Below are many recent Instagram comments by Tobi Bennington, many of which were responses to fans, including Mike Shinoda and Linkin Park fans who criticized her. Mike Shinoda has yet to respond to any of Tobi’s allegations.

Good day everyone. I’d like to reiterate that my Twitter account was hacked after my posts on Saturday, leaving me unable to login. Essentially, I was silenced for my statements. Thank you again to everyone who has reached out to me. Whether you’re supportive or not, I’m thankful for your voice. For so many, we may need to agree to disagree on this one. I wish you all a beautiful week and a wonderful day. Happy holidays!

I should have been clearer, the posts were absolutely mine. My account was taken down after the fact. I was silenced. I stand by my words 100%.

I have and will always be on Chester’s team. No others exist.

I’d like to give you tangible proof but I never recorded my conversations. Or my personal interactions. My word is my proof.

As I’ve previously stated, the band is/was a brotherhood. Unity was part of their message. No lies there. When the message was about LP, for the good of the order, the charade was played. Behind the scenes was a different story.

I’m not writing a book and NO I’m not part of any PR bamboozling to get you to read a book. This is really becoming entertaining!

I cannot do this now. I’m sorry for the frustration I’m causing. This was not my intention. I’m not trying to be cryptic. I merely cannot reveal any more at this time.

I tried to wait but I couldn’t do it anymore. Every time I accepted a post going up praising Mike for his brotherly friendship I was lying too. I was betraying my brother. More information will come but this needs time. Thank you for understanding, even if you don’t support me.

There has been talk on social media sites like Twitter about Chester’s ex-wife Samantha Bennington making other comments and allegations on Instagram after a screenshot surfaced of her voicing her support for Tobi, but her page is private, so we cannot verify these. We reached out to a Twitter user who claimed to have screenshots, but they refused to send them, so we cannot report on the content of those at this time until we see them ourselves. The only screenshot we have seen is where she said she supports Tobi.

Chester Bennington tweeted in 2014, “Of course I love Mike. He’s one of my closest friends. He’s a genius and he’s a great person. What’s not to love?”

@CriztyKno Of course I love Mike. He's one of my closest friends. He's a genius and he's a great person. What's not to love?