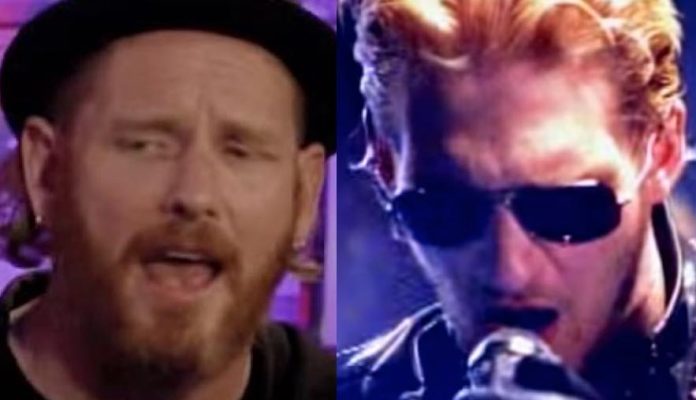 Slipknot frontman Corey Taylor revealed that Layne Staley and Alice In Chains wrote one of the greatest songs of all time in a new BBC interview, and that it helped changed his life. He also said it made him cry.

“An album that made me ball, and it’s going to sound strange, but it’s the Singles soundtrack. People forget how loaded [it is] with amazing, amazing talent. Not only Soundgarden, but Chris Cornell’s solo, and Would?, which to me is one of the greatest rock songs ever written. That album changed the way I look at a lot of music.

All of a sudden we were represented in the mainstream in a way we hadn’t really realized we hadn’t been. I think maybe later we resented it because it became a caricature, but at the same time you didn’t feel as ostracized.”

He also discussed Journey, “My mom was really into Motown and disco she had every Village People album – it was pretty righteous – and some Journey albums, which was great. It was introduction to rock in a way, Journey, and everyone knows the story of me singing Separate Ways at my cousin’s house.”

Corey got his first taste at performing at the very young age of 9 as Journey’s 1983 album Frontiers was out, and he started singing along to Separate Ways, The whole family watched after his cousin called them in after being blown away.