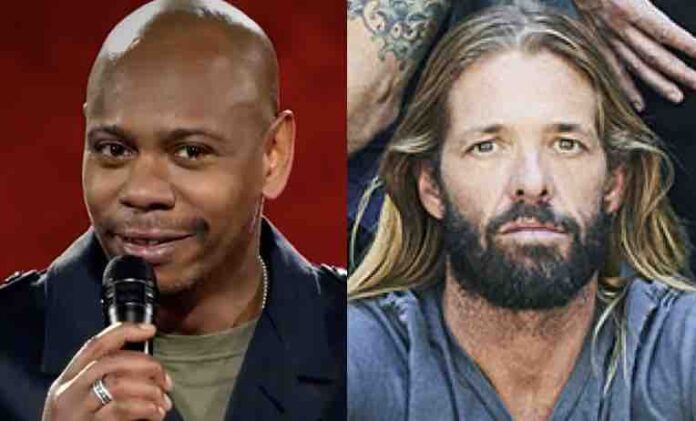 “I met a kid, who must have been 12 or 13 years old, and I asked him, cause he had skate shoes on, if he skated. And he said, ‘I don’t skate because I don’t want to hurt my arm.’ And I said what kind of answer is that? A simple yes or no would have sufficed. The kid said, ‘I want to be a drummer, like my father.’ In that room, in Madison Square Garden, even though I met Foo Fighters many nights, I felt like I met [Taylor] for the first time… It was my first time seeing [Taylor] being a dad. And what a cool fucking dad.”

“At the end of the night, we went downtown to the Blue Note, a jazz club in New York City. We watched Robert Glasper, and I listened to Taylor and his son the whole night talking about the drummer. And I remember Shane said to his father, ‘Dad, you can’t do that shit.’ I had never heard someone talk to a rock star that way. And Taylor Hawkins, as humble as he was, said, ‘Son, those are real musicians.’ Taylor Hawkins is a legend of a man, a legend of a musician, and a legend of a father.”

He also discussed the last time he saw Taylor perform, with his son Shane and Dave Navarro, as seen below.