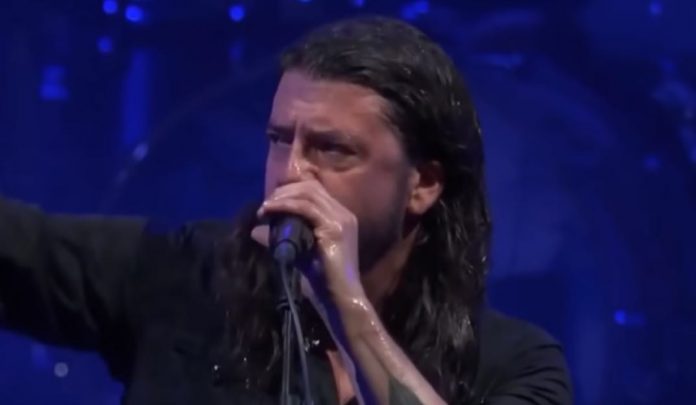 “I didn’t even know if I could do it. I had a lot of conversations with Dave. What a kind sweetheart of a man he is. We talked a lot about [it]. Initially he was, like, ‘What do you think? Would you be comfortable doing this?’ Initially, I didn’t wanna disappoint Dave Grohl. And I was, like, ‘Sure.’ And he was, like, ‘Why don’t you think about it and get back to me?’ And so I did.

He said about other performers at the Foo show who played Van Halen, “Knowing that Josh was gonna be there, I was, like, ‘Josh Freese is one of the best drummers on the planet.’ Seeing the response of people saying, ‘Who was on drums?’ It was, like, ‘Dude, you’ve gotta learn yourself something and realize that Josh Freese has literally played on fucking every single thing you’ve ever heard, ever.

“I was pretty sure Justin could do it, but then once we got there and he hit it, it was, like, ‘Fuck, this is gonna be amazing.’ It was really exciting. He is a sweetheart of a human; he’s such a kind man. It was really special, man. I’m super happy and proud with how everything came to be.”

He said there weren’t many rehearsals, “We rehearsed it a couple times in L.A. with just Josh, Dave and I [in] one day,” Wolfgang said. “And then we got there and rehearsed one day with Justin. So all in all we played each song maybe five or six times. It was really special.”