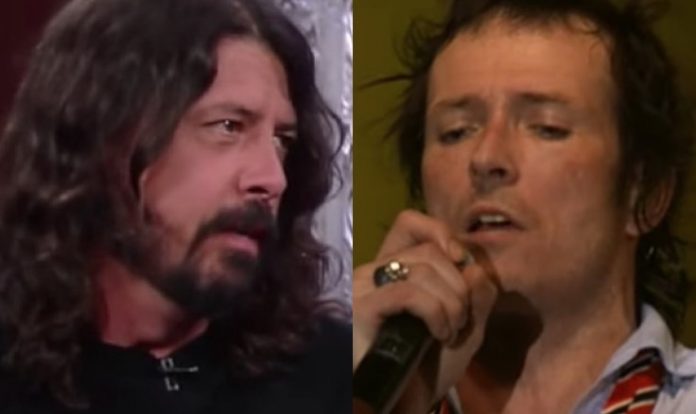 Alternative Nation will soon be publishing the first in-depth interview with former Talk Show singer Dave Coutts in over 20 years. Stone Temple Pilots members Dean DeLeo, Robert DeLeo, and Eric Kretz joined forces with Coutts in the mid 90’s in their first attempt to move on without the late Scott Weiland. They released their lone album Talk Show in 1997. Foo Fighters toured with Talk Show in 1997. Dave Grohl gave Coutts a nice gift on tour to help him with his voice.

Coutts remembers his touring days with the Foo Fighters fondly, and even got the chance to bond with Dave Grohl. “I remember one night after about 10 shows in a row, [Dave Grohl] brought me some tea that makes your throat feel better after screaming all night. All of the Foos were very cool, Taylor [Hawkins] just a crazy funny kid wearing his surf trunks. All very talented. Aerosmith, again all great, real people. I sat and did vocal warm ups with Steven Tyler a couple times.”

Talk Show even got to go on Howard Stern, which was a pinnacle moment of Dave’s tenure with the band. “I was a bit locked up on interviews and even on stage for a few reasons. But at that interview, I just couldn’t stop thinking, Is this really happening right now?”