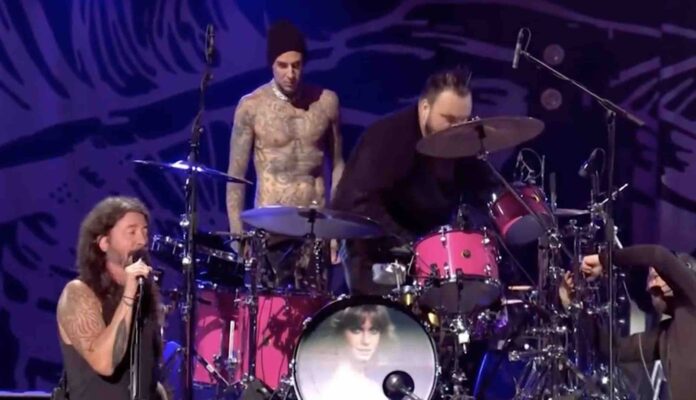 Shane Hawkins, the 16-year-old son of late Taylor Hawkins was also seen behind the drums. He played ‘My Hero’ along with the band, with Grohl turning at one point to watch his former band mate’s son play.