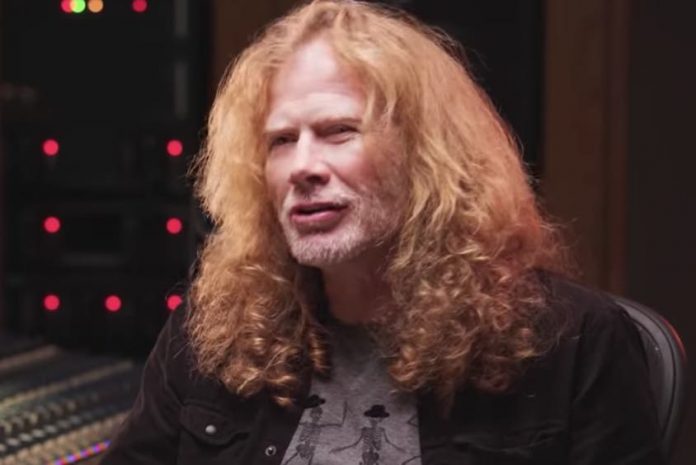 Even for the biggest stars and bands, it’s usually a bit harder to make money within music than it is at the run of the mill 9-5 job. That’s not to say that it’s impossible at all or that there’s no money to be made. The entertainment industry is full of it, but you have to be very careful with the way that you spend the money because it all does eventually have to be paid back. The iconic metal band, Megadeth learned that very early on as they spent some of their label money on drugs.

The news was broken about the drug money via Megadeth bassist, Dave Ellefson who said that you could “hear what color the cocaine was” on their 1985 album ‘Killing Is My Business…And Business Is Good!,’ but another member of the band, guitarist, Chris Poland begs to differ and adamantly shuts down the rumors started by Dave in a much more recent interview.

Chris Poland said in an interview with The Metal Voice that the myth that all the money went to drugs isn’t true at all, well, it somewhat is, but that is not the full story. Poland added that the band was living on a $100 a week out of their $6,000 or $8,000 budget, as he said: “drugs aren’t that expensive.”

With Chris not totally admitting that ALL of the money went to drugs, he seemingly alludes to at least a portion going to drugs.

Chris stated: “First of all when, we got any money it was in Dave’s account. We got a per diem, we got $100 a week. This myth that the first record was spent on drugs is bulls***. We only had about $6,000 or $8,000 to make a record and we made it in a couple of weeks, and drugs aren’t that expensive. We weren’t even that far gone then.”

Special thanks to Metal Injection.