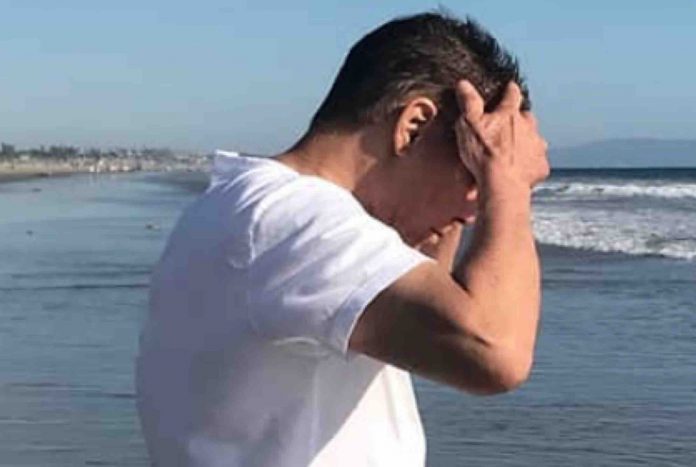 Eddie Van Halen’s first wife Valerie Bertinelli recently revealed that Eddie was separated from his second wife Janie before his October 2020 death. Previously, Eddie Van Halen’s last words on death bed were also revealed. Eddie Van Halen tragically passed away on October 6th, 2020 after a stroke at the age of 65 at Saint John’s Health Center in Santa Monica, California. The Billboard Music Awards along with Saturday Night Live would pay tribute to Eddie shortly after.

Eddie Van Halen’s ex-wife Valerie Bertinelli, who is promoting her new book, “Enough Already: Learning To Love The Way I Am Today” recently joined Washington Post Live for an interview.

Alternative Nation transcribed the following quote from the interview, “I was grief shamed when Ed first passed, how dare she, he was married. What they didn’t know is they were also separated, [Janie] wasn’t living there.”

Bertinelli split with Van Halen in 2002 after 21 years of marriage. They officially divorced in 2007. Eddie then went on to marry Janie Liszewski in 2009, while Valerie also remarried, tying the knot with Tom Vitale in 2011. It was also noted that on the day of the Van Halen guitarist’s passing, Valerie shared a photo of her, Eddie, and their son Wolfgang, taken while Wolfgang was still a toddler,

She also revealed how she had a strong bond with the legendary Van Halen guitarist, which she believes only grew stronger in the years before his death.

“He was angry at me for a few years when I first left — he was very angry at me,” she said (as transcribed by Blabbermouth.net). “I think a lot of people saw that on [Van Halen’s] 2004 tour. I don’t know how else to say it except I felt like the love we had for each other was deeper than just marital love or sexual love,” she continued. “I loved him deeply through my soul, and I felt that same thing from him.”