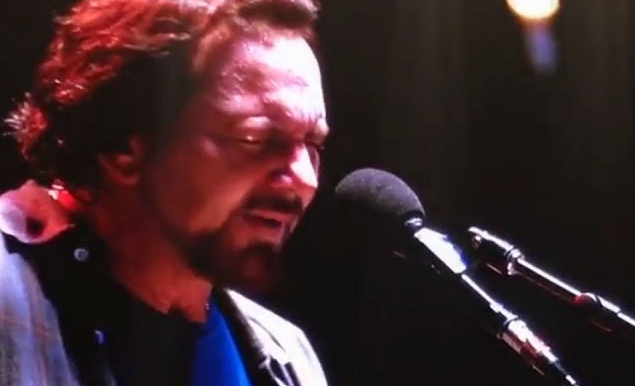 Pearl Jam have announced that Eddie Vedder lost his voice and is unable to sing on the band’s European tour.

“To all those who were anticipating a great Pearl Jam show tonight in Vienna, we were too. However, due to the extreme circumstances at the last outdoor site outside of Paris (heat, dust, and smoke from the fires) our singer Ed Vedder’s throat was left damaged. He has seen doctors and had treatment but as of yet, his vocal cords have not recovered.

This is brutal news and horrible timing…for everyone involved.

Those who work so hard to put on the shows as well as those who give their precious time and energies to attend….

As a band, we are deeply sorry and have tried to find options to still play. And Ed wants to play. There’s just no throat available at this time…

Tickets will be refunded at point of purchase.

Thank you for understanding.

A fan commented on Facebook, “This crossed my mind in Paris. It wasn’t smoke they were inhaling, it was dust rising from the ground. Every time the crowd got a little excited and started jumping a cloud of dust hung over the crowd and of course reached the stage. That was tough on us in the crowd. I can imagine it was even tougher on the band. Hope he gets better soon. At least people in Vienna know that their city will be part of next euro tour.”