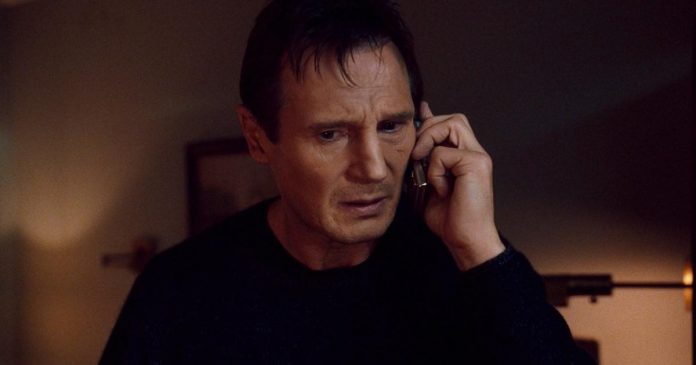 Garbage frontwoman Shirley Manson has ripped actor Liam Neeson for saying the #MeToo movement has turned into a ‘witch hunt.’

Manson tweeted, “No Liam Nelson you couldn’t be more wrong. There is no witch hunt. Just a bunch of privileged men being held accountable for their actions.?”

Neeson argued in an appearance on Ireland’s Late Late Show Friday that the cascade of sexual harassment allegations against famous men in recent months has not adequately distinguished between rape or assault and milder offenses or misunderstandings. “There is a bit of a witch hunt happening too,” Neeson said. “There’s some people, famous people, being suddenly accused of touching some girl’s knee or something and suddenly they’re being dropped from their program or something.”

He highlighted the case of radio host Garrison Keillor, who was fired by Minnesota Public Radio (MPR) over allegations of inappropriate behavior. MPR has not stated the nature of the accusation against Keillor, though the radio host claims he merely placed his hand on the back of a female colleague in a comforting gesture before he realized she was wearing an open-backed shirt. Neeson also said he is “on the fence” about the accusations against fellow actor Dustin Hoffman, calling Hoffman’s alleged misconduct, which includes exposing himself to a 16-year-old, “childhood stuff.”

Neeson concluded by saying he believes the #MeToo movement is “healthy, and it’s across every industry,” mentioning his experience as a United Nations goodwill ambassador as he described the “chilling” treatment of women in the workplace.

No Liam Nelson you couldn’t be more wrong. There is no witch hunt. Just a bunch of privileged men being held accountable for their actions.?