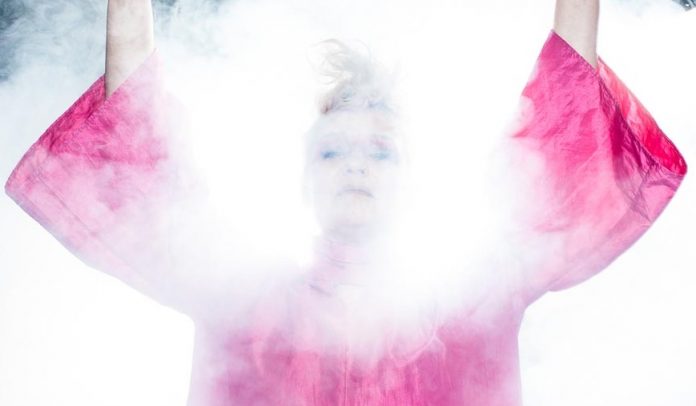 Helsinki based band, GEA gave us a preview of their upcoming song and music video for ‘Truth Behind The Lies’ available February 12th 2021 via Fragility Records.

The band states that their “Powerful lyrics encourage us to seek out the truth, especially when it’s not easy to do so. A powerful sentiment.

I like the depth and cryptic description they gave themselves with this statement. It’s refreshing when a band puts thought into their bio. When a band makes you see the unseen it shows their overall skill set.

The song ‘Truth Behind The Lies’ starts with a slow fade-in followed by a dark *boom* and *clap* beat while the volume of the keyboard comes up until fading out while vocals reminiscent of ‘Grimes’ start to shine.

As the primal beat slowly creeps in, my brain starts envisioning a gothic club at midnight. The instrumentation itself reminds fans of Rammstein songs and Nine Inch Nails.

While the instrumentation recalls the 90s and early 2000’s “goth movement” the song is not trying to repeat anything. Currently, the attention span of most music listeners is less than three minutes. ‘Truth Behind The Lies’ clocks in at almost four minutes. I get the feeling that GEA doesn’t care about that, and that’s even more perfect.

The music video is just as cryptic as the song. The music video is an animation with no direction at first watch. This made me unhappy. On the second watch, I got it. Shown in black and white, the video begs you to seek meaning and direction. GEA doesn’t need to give you direction or meaning. The video is an interpretation of whatever you want.

While some may be turned off by the whirls and swirls of the music video; it matches with the band’s aesthetic. Legs walk aimlessly throughout as eyes open and close. A school of fish congregate together following one another as tides rise. The music video comes full circle as the song is ready to end. The legs that walked in now walk out as one eye remains open.

GEA did wonderfully with this upcoming release. The music matches with the video and the video matches with their message. I’m looking forward to seeing how GEA continue to carve their own sound. ‘Truth Between The Lies’ has now been stuck in my head for over an hour. That’s how I know this is a home run.