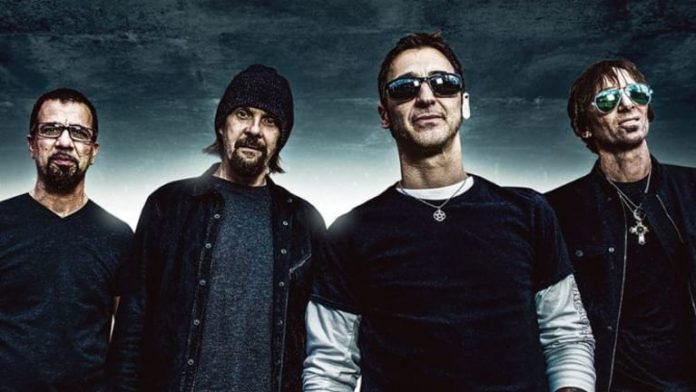 “It’s a long story, but in a nutshell, I’d been looking at an alternate home area for a while now. And California was kind of on my radar, just because I have a lot of friends there, my business is there, [and] I love the weather. But when all this political shit went down, it really turned me off to just the thought process and ways of being for a lot of the liberals and people that I just can’t connect with on that wavelength. So it kind of bummed me out to a point where I’m, like, well, I don’t really wanna go three thousand miles across the country to pay triple the amount of money to live in that kind of nonsense and be locked down.”

“So, yeah, corona and politics played a piece of my decision to divert to Florida. And I honestly just went down there to buy a property with a little bit of room and a decent little house, and I wanted horses. And I knew that Shannon [Larkin, Godsmack drummer] was kind of in horse country, ’cause it’s in North Fort Myers. So I just came across this really great deal with this lady who had a 20-acre horse ranch, but she also owned a 30-acre pasture next door to it, which is just an open pasture that some guy leases to pasteurize his cows on. And it gives me a tax break ’cause it’s agricultural. And I get a half a cow a year. [Laughs] So, yeah, I’m a meat eater too. Not only am I not a liberal, I’m a fucking meat eater.”

“This property is about seven miles from Shannon Larkin’s house, and about 13 miles from [Godsmack guitarist] Tony Rombola,” he said. “So my guys are down there, and that’s kind of one of the reasons that initiated this whole thought process. Plus I hate the fucking snow.”