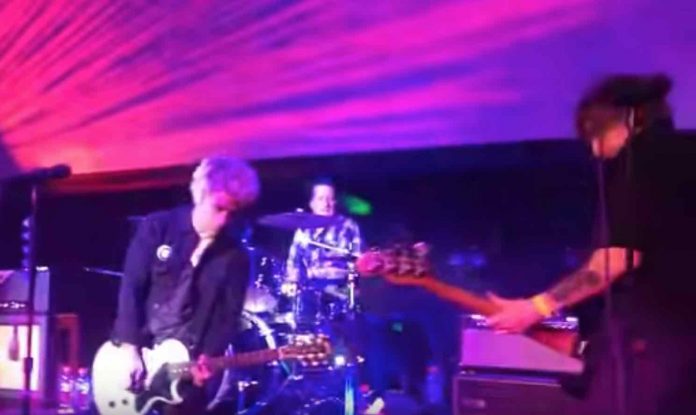 On Christmas Eve he tweeted then later deleted, “Wow. 30 minutes of talking and texting with some of the men my beautiful ex-girlfriend has been scandalously messaging has really opened my eyes.”

“Does anyone want to come to Little Rock and set my house on fire?”

“XMAS is over. Tree is down. Fuck everything.

“And fuck you Christian Slater.”

A fan then tweeted a screenshot from Instagram of Jeff’s ex-girlfriend being forced to make her account private, and Jeff commenting to ‘keep it coming.’

The fan wrote to Jeff on Twitter, “Super fucking not cool of you to publicly bash your ex on social media to purposely get Green Day fans to attack her. You’re almost 50 and in a world famous RARHOF band and she’s only a 23 year old hairdresser. Creepy power dynamics at play here, dude.”

Jeff responded, “You are very right. I was hurt and I reacted immaturely. I had a wonderful year with Kalie and she is a beautiful person. I was wrong.”

He later tweeted on Christmas, “First off I’d like to say thank you to everyone who reached out and support. Secondly I’d like to ask that you please let it die. I made a huge mistake by venting on social media and created a backlash of comments that were very negative. Yes we broke up. I still love her.”

“I fully own the responsibility of my actions. I encouraged people to hate on the person that has meant the most to me and I am truly embarrassed and sorry.”