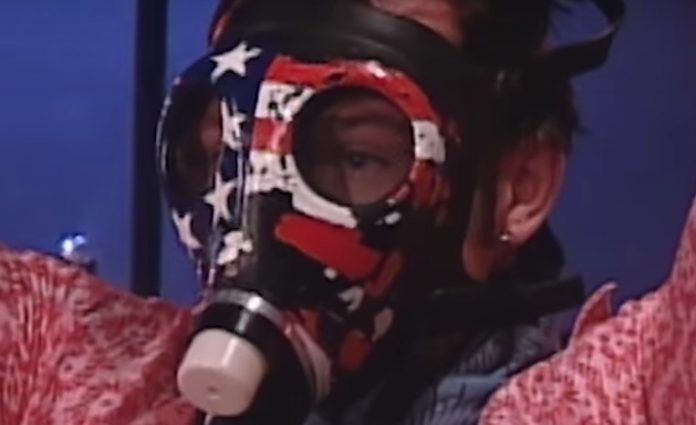 Stone Temple Pilots fans hearts were broken all over again when Howard Stern recently unearthed never before seen video of Scott Weiland and STP playing “Vasoline” on the Stern show in 2000.

Howard said he went to an Stone Temple Pilots show and he was blown away by their stage presentation. Howard said they had a set that was like the set of a living room. He said the guys sat around like you were in their living room and it was really cool. Howard said Scott had one of the strangest voices in rock too. He said he had a growl. He said that there was a growl to his voice and a sweetness too. Howard said he was a great front man.

Fred played some of one of their appearances on his show. That was their performance of ”Vasoline.” Howard asked Fred to play ”Plush” next. Howard said just listen to his voice. He said Scott wrote those lyrics. He said just listen to that. He let the song play a little bit.

Howard said they once asked Scott how he got started with heroin and he thinks he enjoyed talking to them when he was in there. Howard said Scott mentioned a guy who turned him on to heroin but didn’t blame the guy for it. Howard said they had a story a few years ago about Scott turning himself in to the cops when he thought they were looking at him on the street.