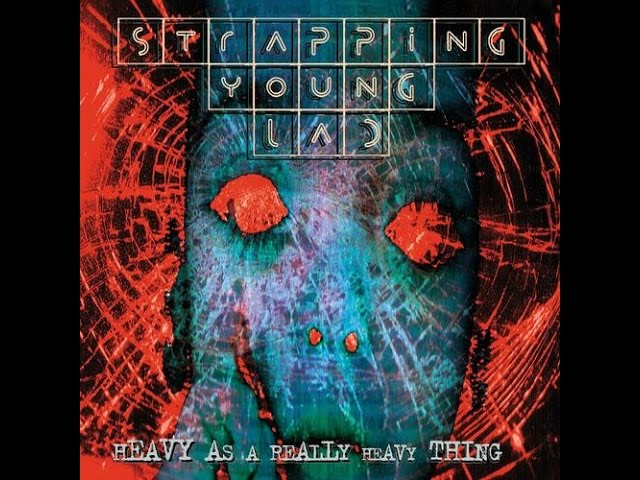 Devin Townsend was always the Frank Zappa of heavy metal. With hundreds of realises under several projects and covering a varity of influences, working with many legends and always show casing a theatrical and tongue and cheek sense of humor, Townsend has some of the most devoted fans in all of music. The band he is most known for being part of is Strapping Young Lad. Mixing death,thrash,industrial and prog into one over the top and unique sound, the band to this day has metal fans wish for the day the band will return. The 1997 album City is what got this band big and is seen as the start of Devins legacy. This is because people(including Devin himself)  like the ignore a little album that came out 2 years before. This record is known as Heavy as a Really Heavy Thing.

This 1995 record is the debut that Devin never talks about and fans ignore the existance of and sometimes downright trash. But is it that bad? Both yes and no.

For one the production and mixing are very sloppy giving this album a very low budget feel that doesnt always match the style this band was going for. You can here the elements the band would later be known for all over the record. Lyics could be better. Devin would later be a master of quirck/humoress lyrics and it can be seen here though you can also tell the craft has not been perfected.

Though it has all these flaws, this is still one kill record. STY and Drizzlehell are some of Strappings best songs. The record sounds like no other and while nowhere near as good as it’s follow up, City it’s still yet another enjoy installment in Devin’s career and a nice way to see how he started.