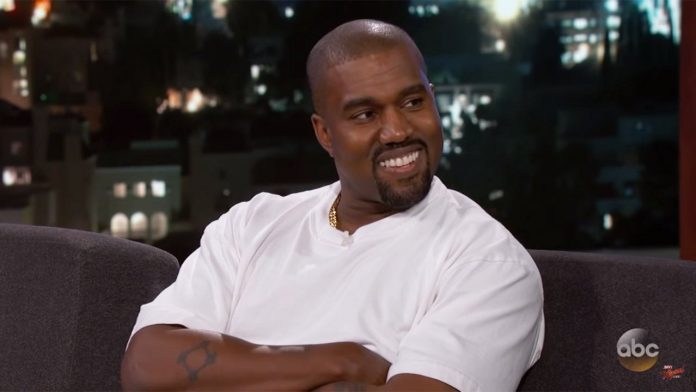 Popular rapper Kanye West had previously revealed that Kid Cudi would not appear on his upcoming album Donda 2 due to his friendship with Pete Davidson (or “Skete,” as Kanye calls him). It was noted that Cudi joined a long list of people with whom Kanye has had issues. He noted who’s gotten on his bad side as the HipHopNumbers’ Twitter account jotted down a list, though they clearly forgot some names. 90’s rock singer Beck was listed amongst Kanye’s enemies, and Kanye himself used ‘the devil’ when referring to some of his enemies.

However, today, just a few days after the initial list was shared, Kanye took to Instagram to add more names to it.

“Come on guys… This list is twice as long,” Kanye wrote. “You gotta put Apple, Spotify, Vivendi, Universal, [Lucian Grainge], Tik Tok, Black History Month, Obama, the whole cast of SNL, Hillary Clinton, the Devil himself, Corey Gamble, [Jeff] Bezos, Charlamagne [Tha God], Disney, [Liberals], and of course Skete and any and all corny sh*t in general.” He added, “Can somebody from Chicago let these people know what Skete meant when we was growing up? It’s up for everybody!!!!!” before concluding with, “Wow. Being rich is fun!!!!” 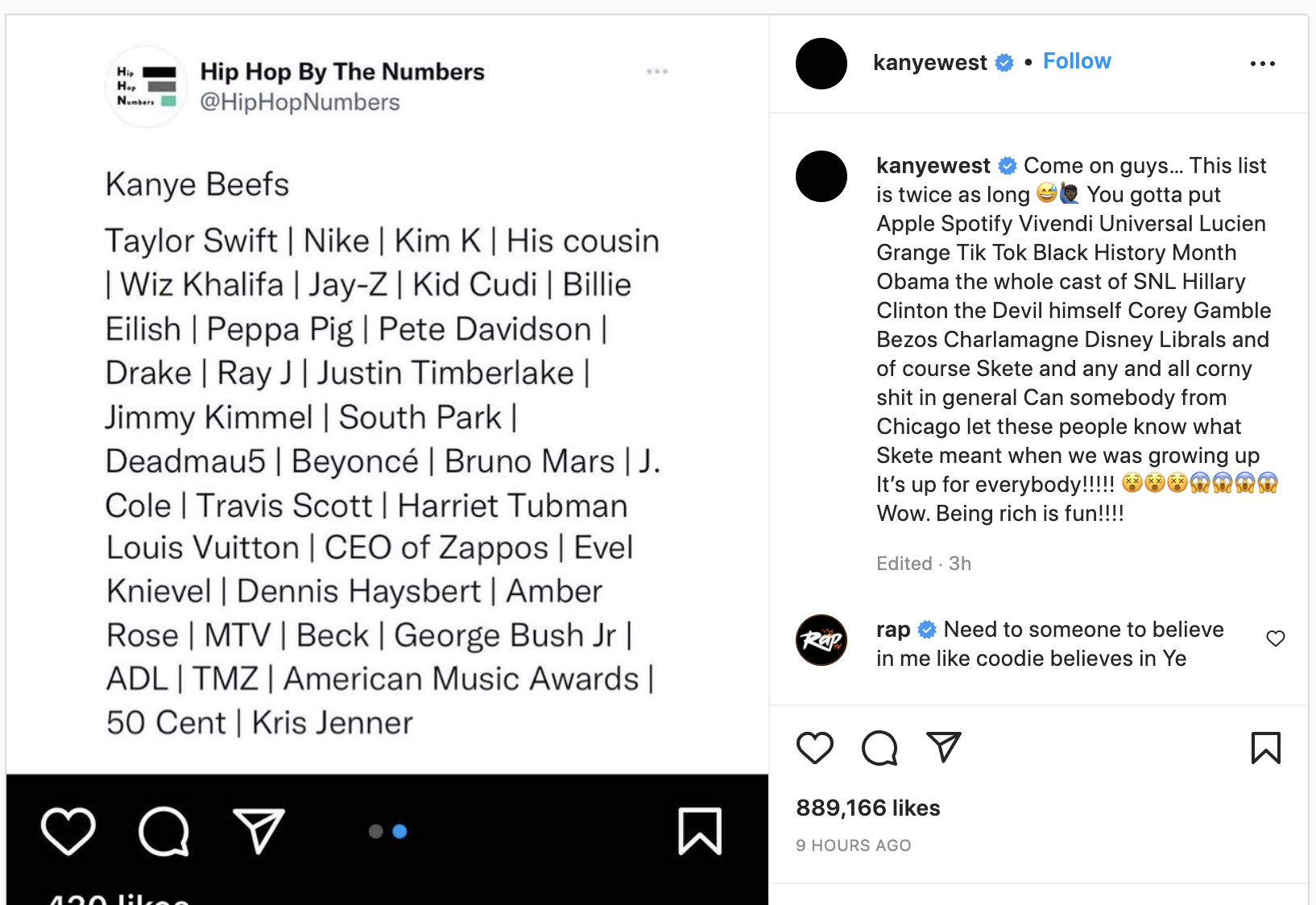 West has also made headlines in recent weeks for comments about his divorce from Kardashian, who filed to end their marriage in February 2021. West filed a response to Kardashian’s request for a judge to declare her legally single. West requested the court make three separate orders. The first is his request for Kardashian to obtain a waiver of such rights “from any new spouse prior to remarriage, until a final custody determination has been made.”

Secondly, West asked that if he or Kardashian dies, the parties’ money is reimbursed before there is a final judgment on property. Lastly, he asks that Kardashian not transfer assets “out of any trust and will defer receipt of any benefit or other right that occurs under a trust as a result of status being terminated until there is a final judgment on property.”