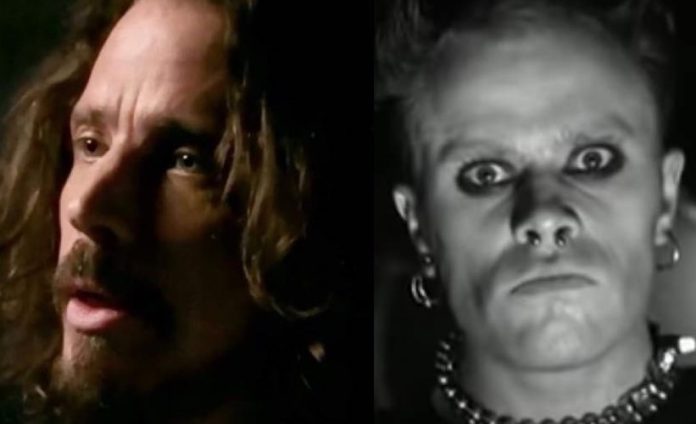 The Prodigy singer Keith Flint’s cause of death has been released, and he tragically died from a suicide by hanging, like Chris Cornell and Chester Bennington in 2017, and later Anthony Bourdain and Kate Spade last year. Chris Cornell was reported to have been abusing the prescription drug Ativan at the time of his death, and The Sun reports that Flint is rumored to have been using drugs again.

You can call the National Suicide Prevention Lifeline at 1-800-273-8255, and go to NA.org to find a local narcotics anonymous meeting.

Flint died in his £1.5million Essex farmhouse that he had recently put on the market, as The Sun reports that he was splitting from his wife Mayumi Kai. Flint previously admitted to a long battle with alcohol, drugs, and depression and said his wife “saved him.”

“Rest In Peace Keith Flint. I remember meeting Keith on tour in Australia. I didn’t know he was in a band, but what a good dude. I thought he was an Australian roadie. Later that year ran into him backstage at Pinkpop and said ‘hey! Good to see you! Who you working for?’ He said ‘I’m in a band, I’m here playing.’ I said, ‘oh how nice, how was your show?’ He said, ‘we are playing after Rage. We are headlining this festival.’

I’m like, well I’m gonna check that out! One of the very few bands in history to kick Rage Against The Machine’s ass in a live setting. They were tremendous and Keith was an electric, powerful, compelling and dangerous frontman. I was very much influenced by them and continue to be. Had the great pleasure of running into Keith last summer and was reminded what a good and talented dude he was. Rest well, Firestarter. (Suicide can be prevented, you CAN get help: please go to save.org)”