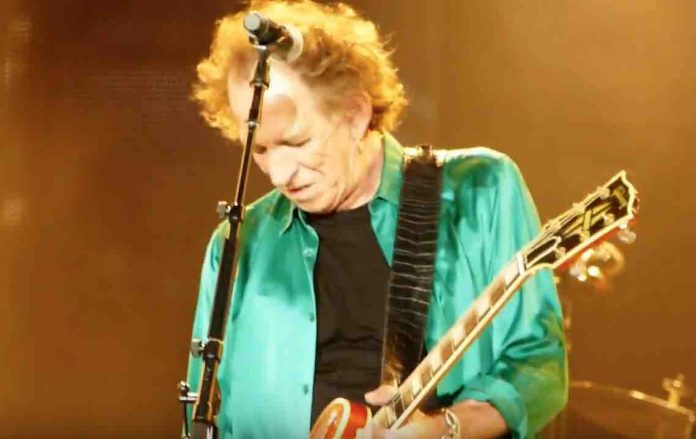 The Rolling Stones, who recently had this high-profile member contact a major illness, would see several bandmates come and go over the years. After Brian Jones left the group in June in 1969, Mick Taylor would be recommended to Mick Jagger by both The Rolling Stones co-founder & keyboardist Ian Stewart as well as acclaimed sessions musician John Mayall. Taylor’s onstage debut as a member of The Rolling Stones, at the age of 20, was the free concert in Hyde Park, London on July 5th, 1969.

In December 1974, Taylor announced he was leaving The Rolling Stones. The bandmates were at a party in London when Taylor told Jagger he was quitting and walked out. Taylor’s decision came as a shock to many.

During a recent feature in the UK-based outlet, The Sunday Times, one reporter was with famed publicist Barbara Charone who discussed her time working with The Rolling Stones. Here, Charone revealed how when she was writing Keith Richards’ autobiography, she was told to remove the name of the person that did not get the job of replacing Mick Taylor so as to not ’embarrass’ the guy. Credit to the outlet for the below quote.

So much so that when Charone was writing his biography Richards lent her Redlands, his Sussex farmhouse that became the scene of a famous drugs bust in February 1967. “Talk about inspiration. I was in Keith’s house by myself because he was living in America at the time, and each day I would transcribe tapes, write after that, make dinner, smoke a few joints, have a glass of wine, and watch TV. The stressful moment came when the book went to the printers and Keith still hadn’t signed it off, which he had to do because it was an authorized biography. In the end, the only changes he asked for were a date I got wrong and the removal of the name of the guitarist who didn’t get the job of replacing [short-lived Stones guitarist] Mick Taylor. That’s an illustration of what a kind man he is. He didn’t want to embarrass the guy.”