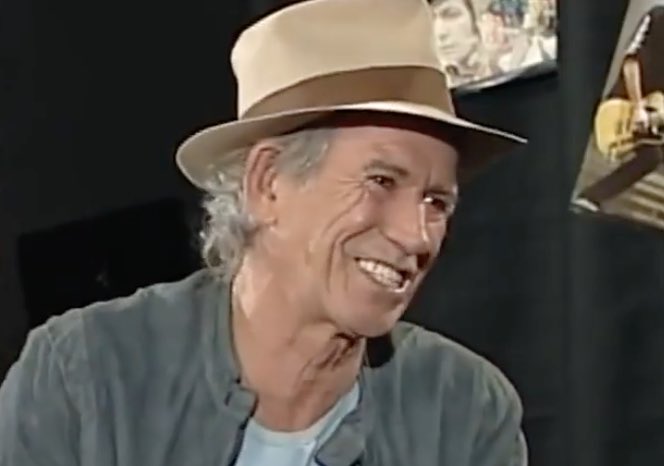 As the circle of life goes, part of getting older is the natural aging process. In a delightful picture that was uploaded to Instagram, you can see The Rolling Stones’ co-founder, Keith Richards with his beautiful model wife, Patti Hansen. Hansen married The Rolling Stones guitarist on December 18, 1983 (his 40th birthday), at the Finisterra Hotel in Cabo San Lucas, Mexico. She lives in Weston, Connecticut. The couple has two daughters, Theodora and Alexandra. This Keith Richards drug meltdown was recently revealed.

The two can be seen enjoying a day together with their grandchildren and that photo with a caption that reads: “It’s my granddaughter’s first birthday! We are so in love. happy birthday Arlowe Mae God bless” can be seen below.

In other news concerning Keith Richards, during an interview that was conducted back in 1988, The Rolling Stones’ co-founder had a harsh criticism at the time for another one of rock’s legendary voices, ‘The Boss’, Bruce Springsteen. In that Rolling Stone interview, Richards would go on to say, although he likes ‘the guy’, he would state that thinks Springsteen’s shows are ‘over the top’ and his music is ‘pretentious’ Credit to Far Out Magazine for the below.

“I’ve met Bruce two or three times. We’ve had several good chats, usually at some release party or premiere, and we just end up in the corner talking. He’s a sweet guy, a nice guy. Mind you, I think four-hour shows are way over the top. To me, a great rock & roll act does twenty minutes [laughs]”.

Richards added: “I remember the Paramount, where you got the Impressions, Jackie Wilson, Joe Tex, and everybody does just their absolute supreme best shot! A lot of the shows you get these days are very self-indulgent. I don’t think anybody can be enthralling for four hours on stage playing rock & roll.