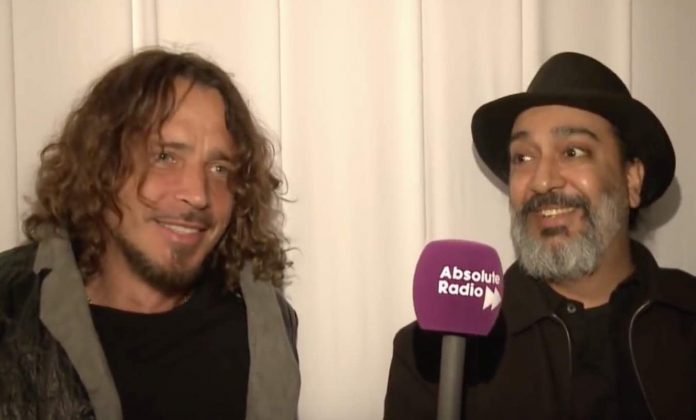 Soundgarden guitarist Kim Thayil revealed why he cannot listen to Chris Cornell and Soundgarden on the radio in a new Billboard interview. Thayil helped put together the new Chris Cornell: An Artist’s Legacy retrospective release.

Is it hard to listen to the music and hear him sing now?

I love the way he sings — but, yes, I turn the radio off when one of our songs comes on. I love our songs. I love our material, but I don’t need to have the music presented to me. I can choose to listen to it on my own, any time I want to. But if it’s presented to me and I haven’t asked for it, I’ll turn it off.

How did you go about deciding which of the Soundgarden songs to include on An Artist’s Legacy?

There were a lot of people working on this project. I would be much more involved if it was a Soundgarden record, but certainly my contribution to this is still one of pride and commitment to the project. Jeff Fura did most of the listening down to the material and the supervision of the mastering and all of that; For me to do that would just be a little bit demanding.

I mostly saw lists of which songs and which versions and was able to provide input from that. I think when there was an opportunity to use an alternative version of a song that hasn’t been heard we tried to do that, ’cause you don’t want to be redundant. Other than that there’s a chronological component that was stuck to in order to be representative of the band and the writing styles and the variety and eclectic nature of the band and specifically Chris’ creativity.