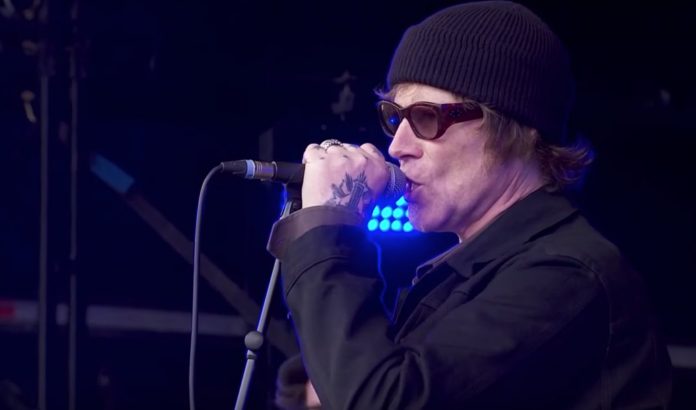 Former Screaming Trees and Queens of the Stone Age singer Mark Lanegan recently Googled his own net work, and saw that he was reportedly worth $3 million. Lanegan shot down that figure on Twitter, saying he wishes it was true.

Lanegan tweeted, “If only this bullshit were true…I’d be lounging on a beach in Bora Bora.”

Publishers Weekly reports that Mark Lanegan has sold his memoir, Sing Backwards and Weep, to Ben Schafer at Da Capo Press in a world rights agreement. Lanegan, who was represented by Byrd Leavell at United Talent Agency, was a lead singer for such bands as Screaming Trees and occasional singer for Queens of the Stone Age.

The book chronicles the years he spent in Seattle, from the late 1980s to the late 1990s, when he was with the Screaming Trees. Lanegan writes about, Da Capo said, his time as “a low-level crack dealer and a homeless heroin addict, during the music phenomenon that rocketed out of the Northwest and brought the bands of some of his closest friends to the forefront of popular music worldwide.” The book is set for a spring 2020 release.

If only this bullshit were true…I’d be lounging on a beach in Bora Bora pic.twitter.com/dU4BCyAVOx