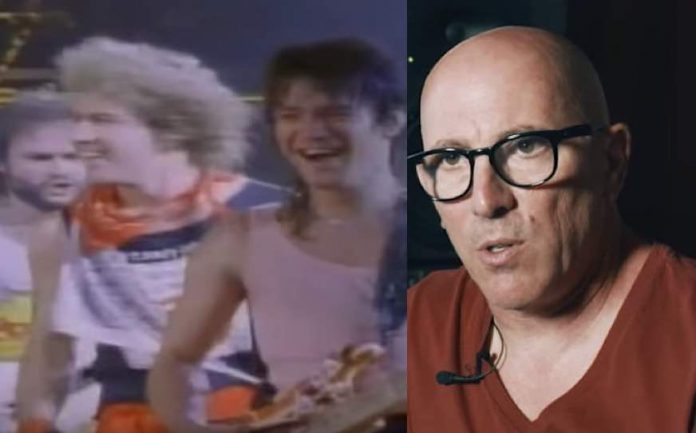 Maynard teamed up with Hagar for an April Fools Day prank a couple of years ago that he titled: ‘MAYNARD JAMES KEENAN GIVES SAMMY HAGAR THE WHEEL.’

Tool posted at the time, “In an effort to nudge the things forward in what seems to be an endless music writing process, Maynard James Keenan has enlisted the help of Sammy Hagar to temporarily replace him as the vocalist for the slow moving internationally recognized rock monster truck, Tool. ‘There seems to be this invisible speed limit we’ve been holding ourselves to. I believe Sammy can help us get all pistons firing and break some sound barriers.’

Keenan went on to say, ‘Sammy is the only vocalist I’m aware of that was able to take an already established Van Halen an even greater distance. Hopefully this shift in gears will help speed things along.’ 03-32-18.”

Tool are set to release a new album in mid-May to mid-July, according to Keenan, though they haven’t announced any details yet. The band recently mixed the album, and they will soon kick off a spring North American tour, followed by a summer European tour.