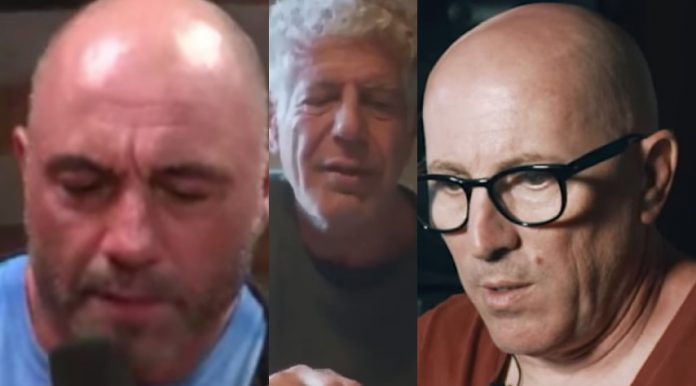 “Anthony Bourdain took his life last week, he was a friend of mine, and Friday was real hard. I got a text from my friend Maynard from Tool. Maynard said: ‘So much for the Keenan vs. Bourdain celebrity jui jitsui match.’ He was like, ‘Fuck.’ I was like oh no, what does that mean? So then I Googled it, and I saw, and I was like oh shit man. What? He hung himself, like what?

But who knows, they might have broken up, I don’t know. Sometimes people when they say I’ve never been that happy, you are catching them on these ups and downs. People get manic, I don’t know if he was, but some people get manic. They get up and down.