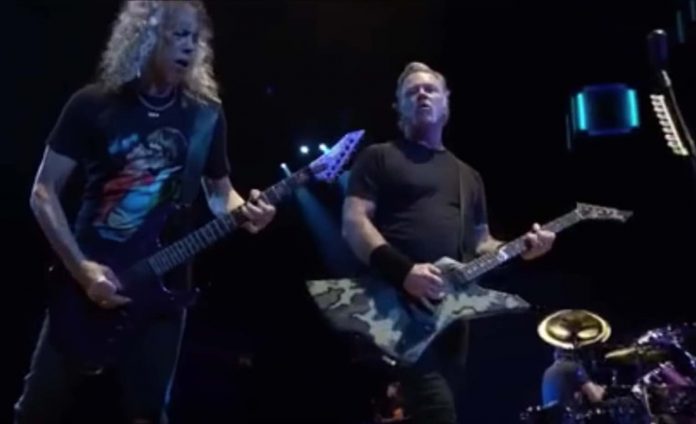 Metallica drummer Lars Ulrich has shared a rare photo of himself shirtless on his Instagram page.

In an interview with the Chicago Tribune last month, Metallica drummer Lars Ulrich said the 38-year-old group, which still draws massive crowds, had long eyed its own beer. (As even many casual music fans will recognize, the name of the beer is a nod to one of Metallica’s biggest hits, “Enter Sandman.”)

“For some time now — maybe five years, give or take — we’ve been interested in how we can connect with our fans in new ways, and how we can have more things to share with them and connect on the Metallica experience,” Ulrich said.

He later said, “Danish people drink lots of beer and have forever. When I was growing up, the Tuborg brewery was less than a mile from my childhood home, so every morning I’d drive right by its world headquarters. At about 7:52 a.m., there would be malt in the air, and you could smell the presence of beer. In Denmark, you either drink Carlsberg or Tuborg — you had to take a side. I was Tuborg, of course.

I came to America when I was 17, and beer was sort of something like an adult beverage. In Denmark, it’s not that it’s a child’s beverage, but it’s accepted as part of the culture. It’s been in my DNA since I was a kid.”