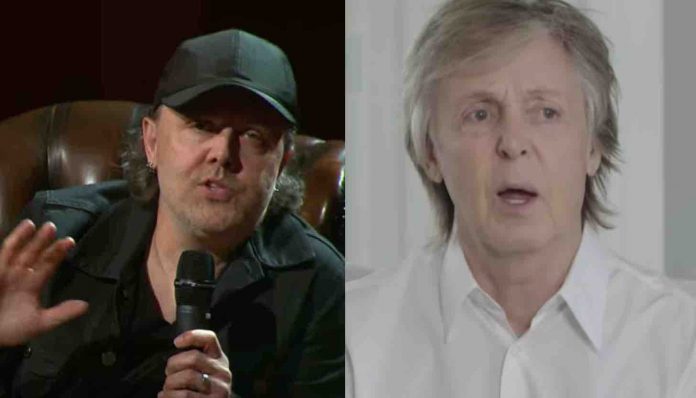 Metallica drummer Lars Ulrich was recently interviewed by The Courier Mail after the last concert of the North American leg of Metallica’s tour.

Ulrich said, “We do two week shifts and then we go home and recharge the batteries.”

Ulrich said the band’s health and wellbeing is a priority.

“The great thing about this model is you can always count on the fact you will be at home and rejuvenated after a couple of weeks,” he added.

“We put some checks and balances in there for both the physical and mental stability. We don’t have to do what other people do.”

Ulrich said Metallica are in it for the ‘long game’ and he had bold praise for Paul McCartney and other older rockers, saying Metallica take inspiration from musicians who boast longevity in the business, such as the Rolling Stones, Neil Young, and McCartney.

Ulrich also said that now all of the band members are in their mid-50s, the rockers are particularly focused on keeping their bodies in very good condition.

Ulrich recently wrote on Instagram, “34 years today we played the last show on the Ride The Lightning tour in Portland, Oregon at the Starry Night club with our bros in @ArmoredSaint. We had been crisscrossing North America since early January for our first full on U.S and Canadian run ever. Most of the tour we were also joined by W.A.S.P.

Fade to Black was getting spins at radio and there was a feeling in the air that shit was popping and a new and different vibe was happening.

And btw, the next gig we played after this one was our first appearance at the legendary Castle Donington In August, which was and still is hallowed ground for all things hard-rock! Now that was some crazy shit we can circle back to.”