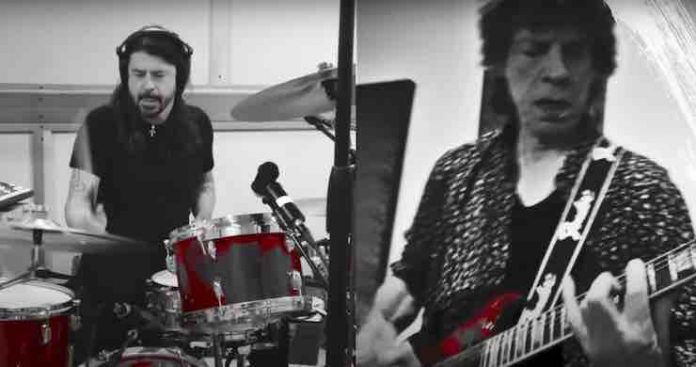 Mick Jagger was asked if he and Dave Grohl could form a Foo Fighters and The Rolling Stones supergroup after recording “Eazy Sleazy” in a new BBC Radio interview.

The interviewer asked, “The word ‘supergroup’ is always a good word – you could get a whole new band, I mean, is this part of the agenda with this new material you’re writing?”

Forgedinbeerkegs responded, “You never know. If the fan vote means anything (spoiler alert, it doesn’t,) the favorites are Tina, Fela Kuti, The Go Go’s, Iron Maiden, and the Foos. Pretty diverse class, if that holds. And, that’s what the HOF likes. Something for everybody. My gut tells me either The Go Go’s or FF’s get left out this year. Jay-Z or LL to take their place. The only lock is Tina, IMO.”