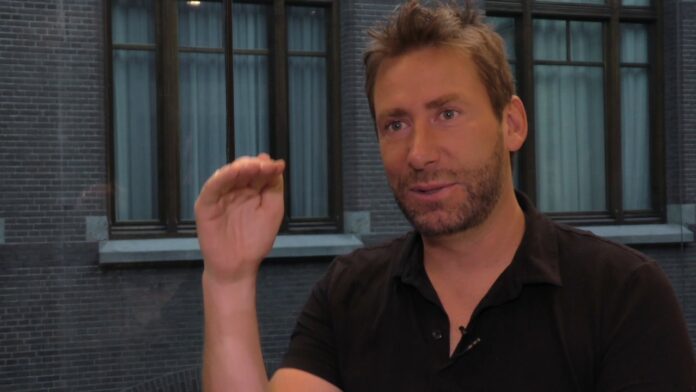 “We all got to go down to this spot that Tommy’s got this love for. It’s about an hour north of Puerto Vallarta. It’s called Punta Mita. And there were tons of us there. It’s really strange, though, being friends with Tommy, and Nikki shows up. So there’s Tommy and Nikki there. And, like, the 13-year-old fanboy in me, I’m trying to suppress that, push it down [laughs] — push it down. [Laughs] ‘Don’t fan out, dude. Don’t.'”

He also discussed Mick Mars being replaced by John 5 was Motley Crue’s new touring guitarist, “John’s incredible. He brought his guitar [with him to Mexico]. ‘Cause we were there for — I think we were there for, like, five days. So on one of the nights, John brought a guitar out. And a lot of people were heading to bed. And it was just, like, John and Tommy and myself. I think Deadmau5 [Canadian electronic music producer and DJ] might have stayed up with us that night as well.

John just played… ‘Cause now I’m allowed to say that he’s gonna be filling in for Mick for the rest of the tour. And so he just sat there and played every single Motley Crue riff that’s ever been written and recorded — flawlessly. Flawlessly. You don’t need to put on music when you’ve got that kind of talent just sitting right there. I mean, he was just running the gamut, and it was fantastic.”