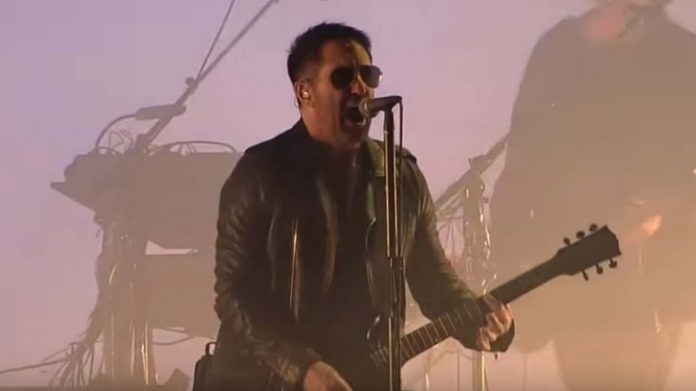 Billy Howerdel, the frontman of the alternative rock band, A Perfect Circle was previously a member of Nine Inch Nails led by Trent Reznor. Howerdel recently recalled his time with Trent Reznor and co. The musician reported that the Nine Inch Nails frontmen went through more than a hundred Les Paul on the road, which he broke on stage in various ways. One of the instruments was repaired and ended up being a gift to Howerdel, who still affectionately claims it as his favorite guitar.

In an interview with Premier Guitar, the musician now describes how he ended up with the Gibson in his hands and noted that Reznor destroyed his guitar:

“The guitar I always play, which is a 1960 reissue Les Paul, ’60 classic. It’s got Tom Anderson pickups in it. It’s been through many battles. It was a guitar I got as a gift from Trent Reznor when I was a guitar tech and ’94 and ’95. It was kind of in scraps and I’ve kind of put it together to make it work before I can really afford a proper guitar. So it kind of got molded into favor over the years with a couple of little upgrades here and there.”

This is not the only time, Howerdel spoke about his former band as he previously described Reznor’s animosity toward the instruments:

“With Trent [Reznor] I went through… I’ve written it down and I’ve memorized it. It was 137 Les Pauls I believe in 1994 and [1995]. So this was, to me, the best-sounding one. But the headstock got ripped off. He threw it, [it] broke, someone stole… Or you know, got thrown the crowd. I guess it accidentally fell in their pocket, took the headstock off. And so I found another one of similar color but put it on the wrong angle. And it’s kind of to this day. For whatever reason, I guess that relief is pretty… Shallow, straight – whenever you want to say. But it still has attack. I mean, it’s the guitar I use for everything. So it’s great.”

Billy Howerdel has an upcoming solo album titled “What Normal Was”, which is set for release on June 10.