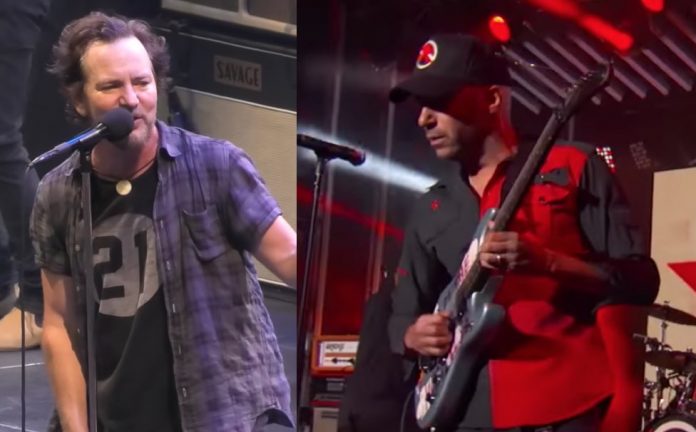 View the photo below, along with a photo of Tom Morello and Mike McCready. Prophets of Rage were spotted watching the performance side stage.

As for the musical direction of Prophets of Rage’s upcoming disc, Tim said: “It’s a different direction, it’s not the same, and I love that. I grew up, and Brad grew up, listening to bands that made records and you were waiting at the record store to hear what it might sound like — the new record by some band. And so that’s the way I feel like we’re doing it right now. We’re growing and we’re creating and we’re going in a new territory and I feel really good about it.”