Pearl Jam’s exhibit at the Rock and Roll Hall of Fame is now open just days prior to the band’s induction, and we now have the first photos photos via @PearlJamCOL and @PJKitten). The display features Eddie Vedder’s typewriter, shirts, a jacket, a drumhead, and a guitar.

Eddie Vedder’s t-shirt with a ‘K’ in tribute to Kurt Cobain is also on display. On April 16, 1994, 11 days after Kurt Cobain’s suicide, Pearl Jam were the musical guest on Saturday Night Live, hosted by Emilio Estevez where they performed three songs “Not for You”, “Rearviewmirror” and “Daughter.” At the end of the episode, Eddie Vedder pointed at the K on his shirt.

See the photos below! 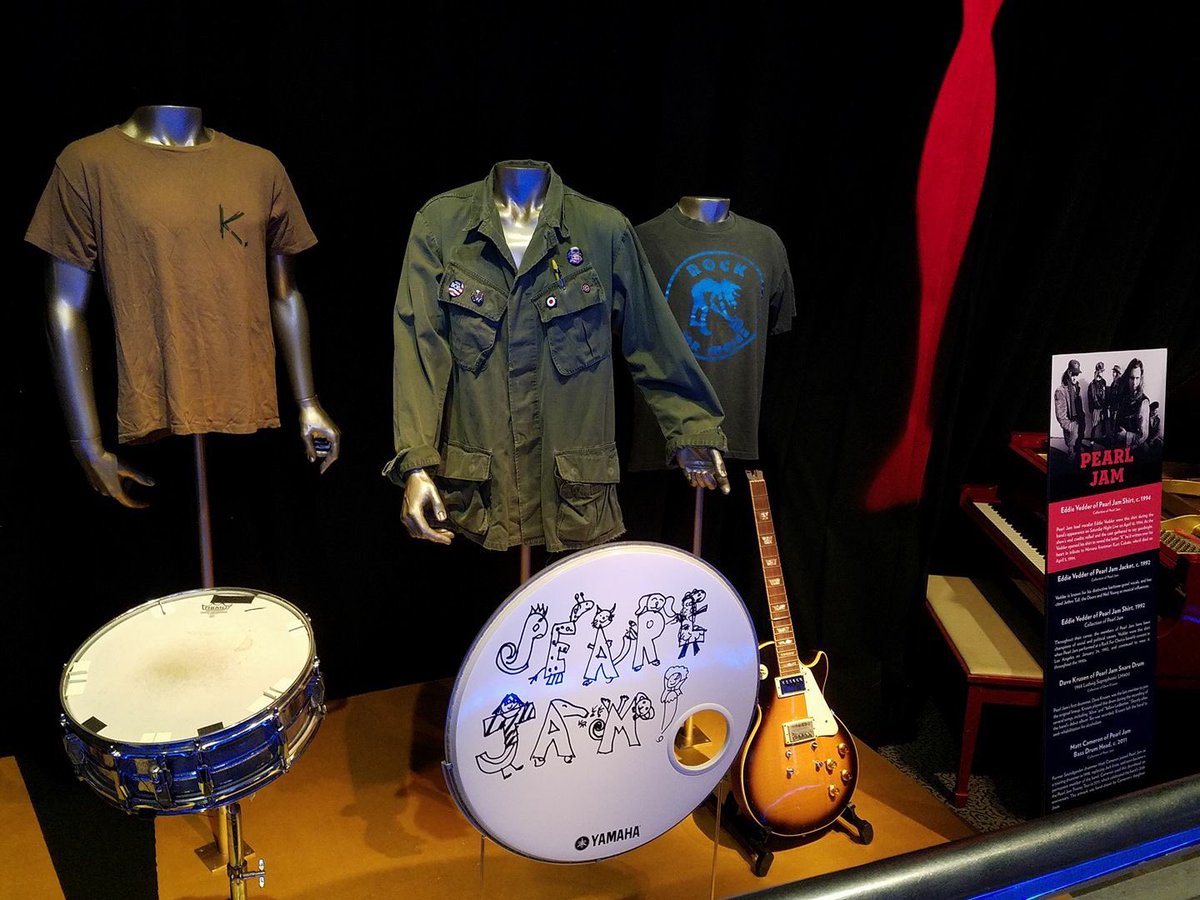 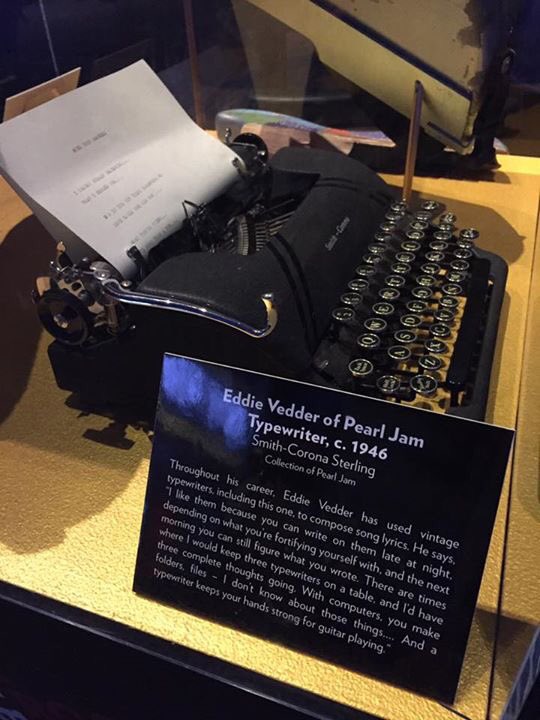 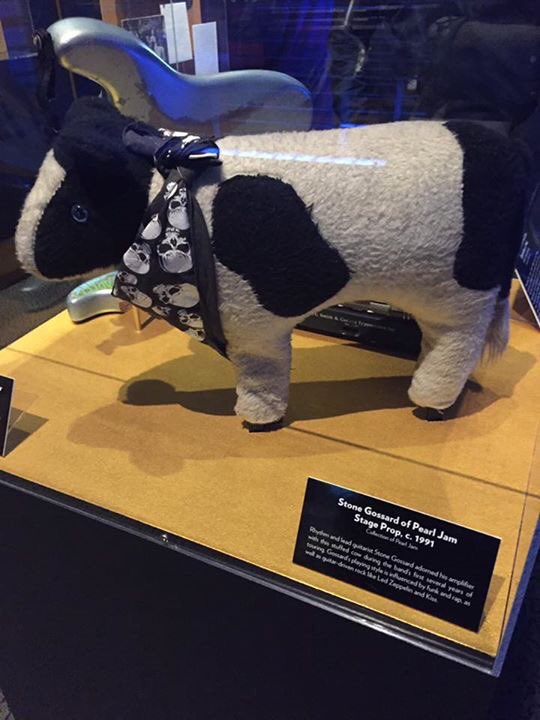 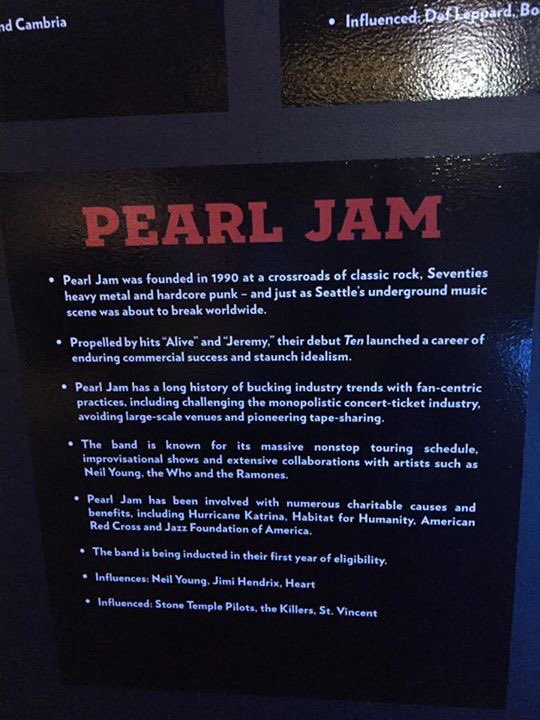