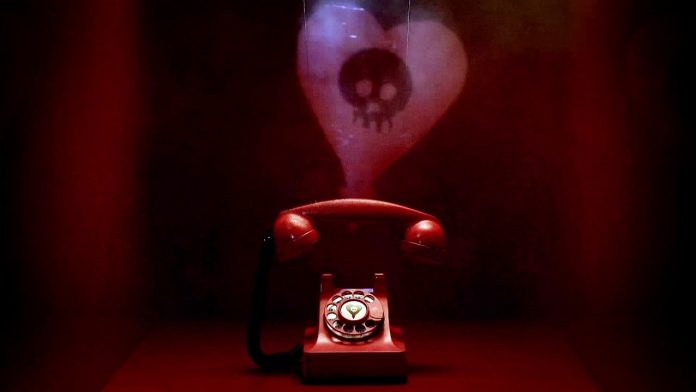 Matt Skiba, Dan Andriano, and Derek Grant’s Alkaline Trio looked like it was pretty much on the downswing, if not completely bereft of the necessary energy to come up with anything half as good as their arguable peak, 2002’s Good Mourning. The albums from the trio that were released between then and this year’s Is This Thing Cursed? were mediocre at best. The double punch that opened Good Mourning, “This Could Be Love,” and “We’ve Had Enough” set the stage for what would be a masterful album of ironically uplifting depressing punk rock. That double punch wouldn’t be matched on another Alkaline Trio album. While 2005’s Crimson would betray flashes of the type of songwriting that made Good Mourning good so, the subsequent albums fell into an undistinguished “emo” morass. Alkaline Trio never changed their sound as drastically as one time hardcore punks AFI would in order to reach the masses, but didn’t devolve enough to gain the level of popularity that AFI would briefly go on to achieve. Skiba launched a solo career and ended up committing an almost inexcusable punk faux paux by joining Blink-182. When the guys reunited in the studio though, obviously old passions were rekindled and the band has come up with what Skiba described as a “…record that the old school fans are going to dig.” Oh Matt, I couldn’t have put it better.

Is This Thing Cursed? opens with two tracks that recall the album defining opening salvo of Good Mourning with the guitar heavy title track “Is This Thing Cursed?” and “Blackbird.” Thick with guitar distortion and heavy drum thumps, Alkaline Trio’s “Blackbird” is the supersonic polar opposite of The Beatles’ song of the same name, yet indulges in the same type of literary personification and witty lyricism, betraying the trio’s songwriting proficiency. “Demon and Division” is a rollicking punk rock romp through sleek bridges and smart acoustic breaks. “Little Help?” picks up the pace while singing the praises of a good drink and/or smoke after a long day of work. It has a punk bounce to it that is reminiscent of The Dropkick Murphys at their most fun, and even indulges in the kind of sing along refrain that would win over any crowd at any ole’ Irish Pub. For a band that indulges in overall depressing themes, it’s a welcome bit of levity.

“Nothing to see here/move along” sings Skiba on “I Can’t Believe,” but hitting the forward button would be a fatal mistake as “I Can’t Believe” is one of the album highlights with its horror punk guitar echoes and driving rhythm. “Sweet Vampires” is the album’s obligatory monster movie themed track that uses a supernatural theme as metaphor for undying love. “Pale Blue Ribbon” invokes a slightly Celto-punk vibe again and is one of the album’s fasted tracks. “Good-Bye Fire Island” is one of the album’s heaviest tracks and takes multiple swipes as crass consumerism and ecological disaster as Skiba sings about being “stranded in the ocean” which is filled with “plastic bottles” and tidal waves that “will wash us all away.” The song is another album highlight. “Stay” has an almost Social Distortion type sway to it and Andriano’s lead vocals deliver more uplifting and mature lyrics about the depth of love and the emotional struggles that are often entwined with it. “Heart Attacks” obliquely addresses mental illness and the struggles related with it. “Worn So Thin” is fueled by more of the old school power punk riffage and rhythm that helped Alkaline Trio get noticed.

The album closes out with one of the best songs that Alkaline Trio have composed since Good Mourning, with “Throw Me To The Lions.” The track is pure trademark Alkaline Trio. Smart lyrics referencing every from God (unflatteringly) to fever dreams, devils, The Holy Ghost, “the scientist inside of you” and just about everything in between over a fast punk rock beat and some thick distorted guitars. It’s the album’s biggest peak and is the song off the album that is going to be the one will most likely burn down the stage live. Album closer “Krystalline” is Alkaline Trio’s “Glycerine” without the melodrama and instead of sludgy guitars, crisp clean acoustic strumming buoyed by haunting ambient background flourishes.

It seems that five year break since their last album worked wonders on the band, and inspired them to come up with their best work in over a decade. Is This Thing Cursed? is the type of punk rock album that transcends punk rock and will go down as either the best swan song album in history or rebirth for Alkaline Trio. The good money’s on the latter.