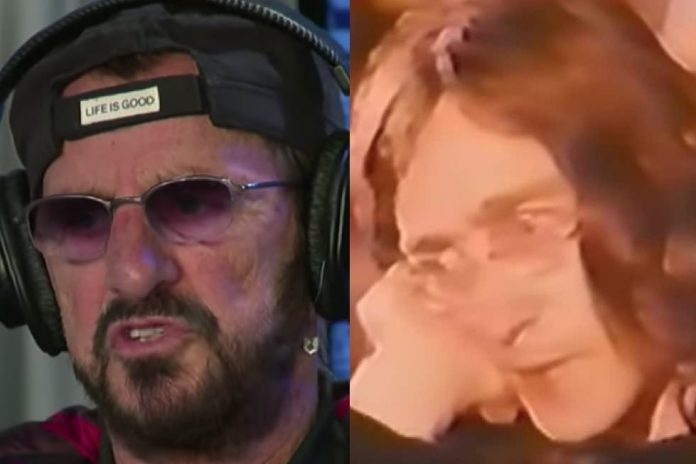 The Beatles drummer Ringo Starr has admitted in a new interview that bandmates including John Lennon were ‘falling apart’ when the band split, but that the rough period of the band imploding was shorter than many think. Paul McCartney recently made a painful Ringo Starr reunion claim.

Parade asked Starr, “In the same way that the Let It Be film was seen as a sad end to the Beatles, many originally saw 1968’s White Album [officially titled The Beatles] as a chronicle of a band coming apart. Was that accurate?”

Starr responded, “We were not falling apart at all until we split. We played together right up until that. I love the White Album. I mean, Pepper [Sgt. Pepper’s Lonely Hearts Club Band] was great, but there was a lot of sitting around. We were like studio guys. This time, we were back to being a band. People say, ‘What’s your favorite song on there?’ I love ‘Yer Blues.’ We’re in a six-foot room—amps, drums, vocal mics. No separation. It was like, ‘Yeah!’

John Lennon making an angry shooting remark was recently revealed. Ringo also told Parade that he has too many favorite Beatles songs, “There are too many. I like to say ‘Rain.'”

He also revealed his favorite Beatles song that he sung, “I think ‘With a Little Help From My Friends.’ It’s given me a whole career. I’m thankful many a time for that.”