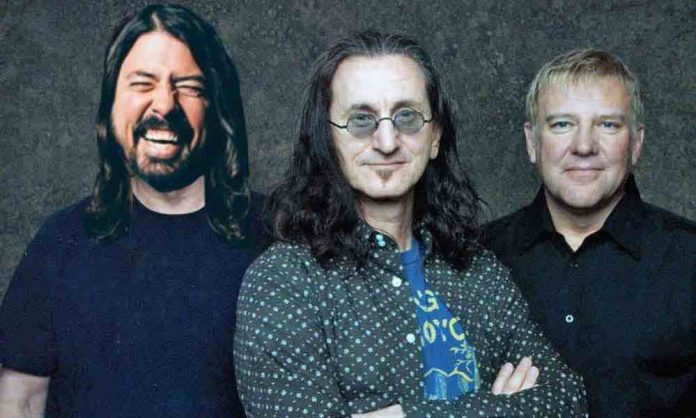 Rush recently performed at Wembley Stadium for a special tribute show for the late Foo Fighters drummer Taylor Hawkins. Dave Grohl was on drums for part of the set, and it appears they’ll be playing together again at the LA tribute show.

Rush’s Geddy Lee penned an emotional note on Instagram about paying tribute to Hawkins and his experience of the show.

What a week it was in London. An incredible gathering of diverse and brilliant musicians from so many branches of the tree of rock and roll. Bonded by a single goal, to honour Taylor Hawkins. Led by the immeasurable talents and generous soul of “Super” Dave Grohl, who wrapped us all in the welcoming warmth of the Foo’s and Hawkins’ family, despite the obvious pain that they are understandably still enduring.

And for Alex and myself, it was also an important moment to reflect on the loss of our own brother Neil.

Truly an experience I shall never forget.

Looking forward to the LA tribute on Sept 27.

Hawkins, the band’s drummer since 1997, died in Bogotá, Colombia on March 25. He was 50 years old. On Saturday, September 3, together with the drummer’s family, Foo Fighters will celebrate Hawkins’ memory and music at a special gig in London.

Grohl even broke down in tears at the start of the song Times Like These.  He paused to weep as he sang a stripped-back version without instrumental backing. Grohl then launched into an emphatic performance as the band played their hits Pretender, My Hero, and Everlong.