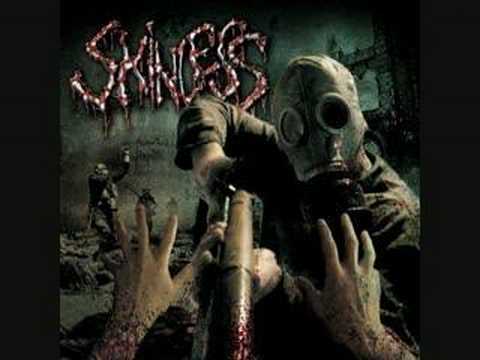 Coming from out of the Albany area, Skinless are one of the leading bands in the subgenre known as brutal death metal. I was recently able to speak with vocalist,Sherwood Webber about his new album, Savaergy as well as how he feels death metal is better than ever!

How did the writing process for Savagery go?

It was a really fun process. A lot of the writing took place in New York. They would play all the instrumental parts then it would get sent my way since I now live in Denver Colorado. Other than that getting hard at times it was a good time and it was fun to get these good ideas off my chest and have them become something.

What made you call the album Savagery?

Any tour to promote the album?

We arent a band that is able to tour often, but we do have an upcoming tour planned. Tours are fun but we are more of an off date and festival band.

Whats your thoughts on the state of death metal today? Any current favorites?

I think its stronger than ever. All the legacy bands like Cannibal Corpse,Morbid Angel,Suffocation and Immolation are still going strong. Hypocrisy has a new one out too. We also have bands like Gruesome and Horrendous paying tribute to the old school death metal style and doing a damn good job at it. I feel death metal today is stronger than ever.