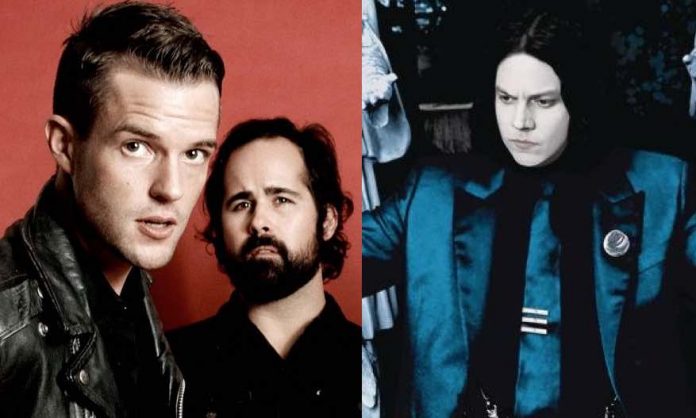 Several new stories about Woodstock 50 have surfaced today. The festival was canceled by financial backers Dentsu Aegis Network on Monday, though promoter Michael Lang has disputed that they can cancel the festival featuring big names like The Killers, Jack White’s Ranconteurs, and Jay-Z. Rolling Stone reported:

“Michael Lang created one of the sturdiest brands known to our culture,” the source said. “So what the fuck happened?”

The first sign of trouble came when the Black Keys pulled out of the festival on April 5th citing a scheduling conflict. “[Their managers] are very smart people and they don’t just walk away from things,” the source said. “That’s not just a booking mistake or [a conflict like] Patrick’s kid has a play that weekend. Something deeper happened.” On April 21st, organizers announced that the on-sale for tickets was postponed.

If it all feels a bit like Fyre Festival, that’s because it’s similar — but not quite the same, as our source underscored. “What people neglect to discuss with Fyre Festival, because it’s such a crazy story, is that it worked,” the source said. “Billy McFarland sold tickets. He got people on planes and buses and got them on site. Woodstock 50 can’t even get that far.”

Billboard reported the types of contracts Greta Van Fleet, Robert Plant, The Ranconteurs, The Killers, and other artists signed.

All the artists booked for Woodstock 50 were contracted with Dentsu, or Amplifi Live, a holding company controlled by Dentsu. The moment a spokesperson for Dentsu issued a statement to Billboard announcing the festival had been canceled, all the artists who had agreed to play the festival were released from their contracts, several agents familiar with the agreements tell Billboard.

That means artists like Halsey and Imagine Dragons have no obligation to play any event Michael Lang produces, even if he calls it Woodstock 50 — which itself is unlikely. Lang and his partners co-own the Woodstock name through the Woodstock Ventures holding company, which they then leased to a separate holding company called Woodstock 50 LLC, which was created Aug. 31, 2018 according to records from the NYS Department of State. It’s unclear who controls Woodstock 50 although Billboard has confirmed that hotelier Greg Peck with Crescent Hotel is one of the board members of Woodstock 50 and that some investors in the group are represented by Beverly Hills attorney Alex Weingarten.

Woodstock 50’s investor pulled the plug on the festival cause the company was fearful of financial disaster.

Sources with direct knowledge tell TMZ … Amplifi Live — the investment arm of Dentsu Aegis Network — pulled out after it got word capacity for the concert venue shrunk by 50% — from 150,000 to 75,000. The reason for the change — Watkins Glen city officials said a big chunk of the land needed to be used as campgrounds to accommodate concertgoers.

We’re told Amplifi Live needed a minimum of 100,000 attendees to make a go of it, so the company pulled the plug.